More details are coming for the Fujifilm X30 compact camera as the all black color image of the Fuji X30 also leaked ahead of the announcement.

The Japanese source Digicame-info posted the all black version of the upcoming Fujifilm X30 compact system camera which will come packed with the 2/3-inch-type image sensor on August 26.

The new compact camera has already been mentioned to be available in silver and black colors. After the leak of the first silver images, all black color version of Fuji X30 image can be seen below.

All Black Version of the Fujifilm X30 Compact Camera Image 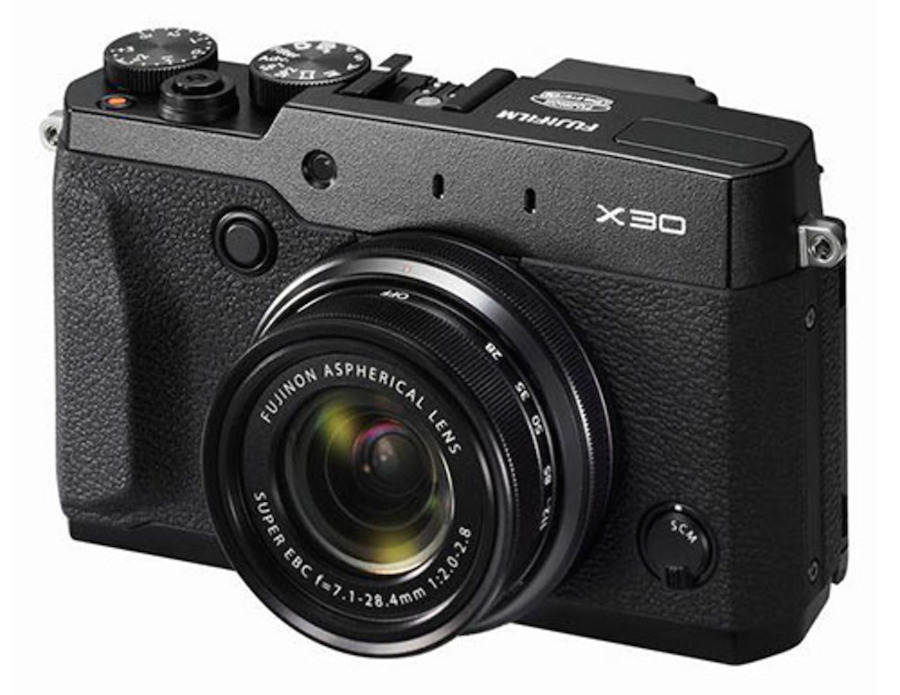 The Fujifilm X30 will feature a 12-megapixel X-Trans II2/3-inch-type image sensor and 28-112mm f/2-2.8 lens just like its predecessor but it will also come packed with EVF (the X20 had an optical VF). The X30 specs list is also rumored to include a 3-inch tilting screen, built-in WiFi and a +/-3 exposure compensation dial.