Sony’s first curved sensor camera (or smartphone) will sport 22 megapixels of resolution, 10.8 stops of dynamic range at ISO 640, 41.1DB of sensitivity at ISO 400, and burst mode capabilities of 12fps at full resolution.

The lens that accompanies the sensor is listed as a 7.83mm f/1.2G lens that has an equivalent focal length of 20m.

The lens is only 6mm thick and according to sources this could be the smallest and highest quality compact camera ever made! Sony’s first curved sensor product will feature same signal-to-noise ratio as the Canon 5D Mark III. 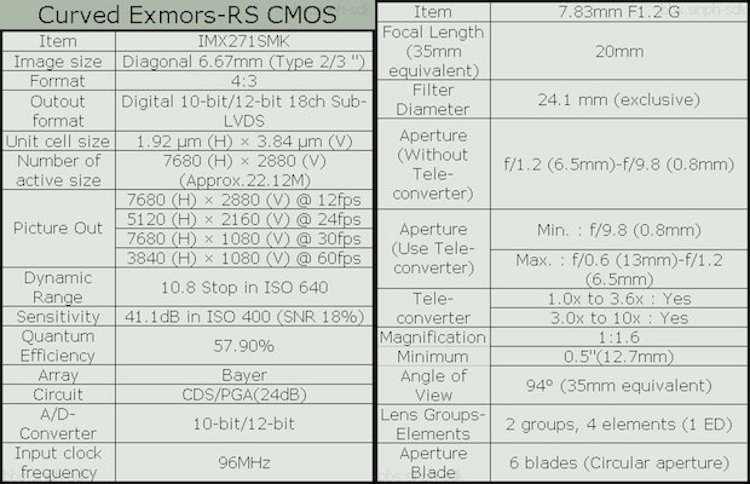 Sony has announced two curved sensor models, a 2/3 inch and a 35mm  full frame version. The new product expected to be announced at Photokina 2014.