DxOMark published their test results for the Sony A77 II APS-C A-Mount camera which is currently body only priced for $1,198 at Amazon.

Sony A77 Mark II sensor test results shows the camera scored a point of 82 and achieves similar performance to the Sony A6000.

Sony A77 II sensor performance is high and it is also on a par with the best performing APS-C sensors found on rival DSLR cameras, the Sony powered Nikon D7100 and Pentax K-3.

The new camera performs four point better than the predecessor and now matches the best APS-C camera in its class. As the DxOMark says the camera could be the new leader in the ‘semi-pro’ category. 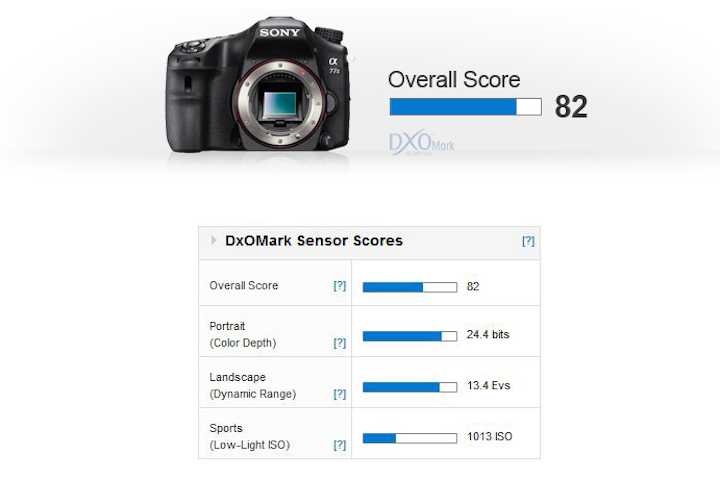 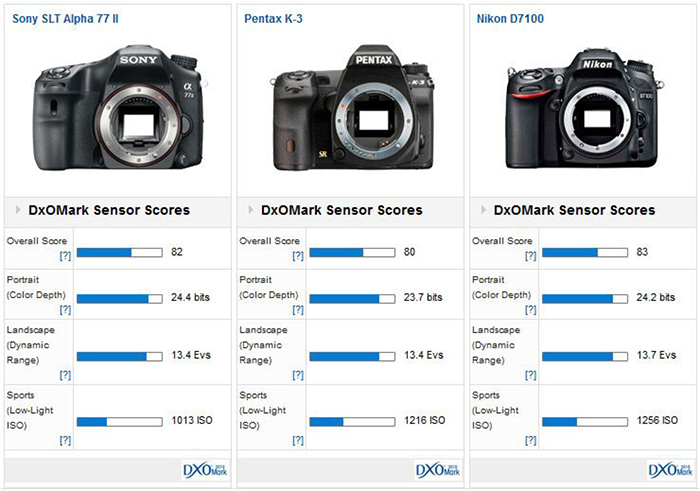 The slight gains in sensor performance over its predecessor are welcome and place the A77 II on a level with rivals. Whether it’s enough to counter as yet unannounced models from Nikon and Canon, however, only time will tell.

The Sony A77 Mark II features a 24.3 megapixel Exmor CMOS image sensor with an ISO range of 100-25600.  The A77 Mark II comes with a 79 point phase detection AF system with 15 cross points and delivers ultra-fast, intelligent AF tracking and up to 12 fps burst of up to 60 full-resolution frames.