The new Samyang teaser hinted us that there will be a product announcement on April 28. As expected the Photography world get excited that they will announce a new line of autofocus (AF) lenses.

Dicahub posted an interview with Samyang representative about their plans. In summary they are not working on AF lenses.

Instead of new AF lenses there will be new Samyang cine lenses announced on April 28th, one of them being a 7.5mm fish-eye lens. You can see the part of the translated content below. 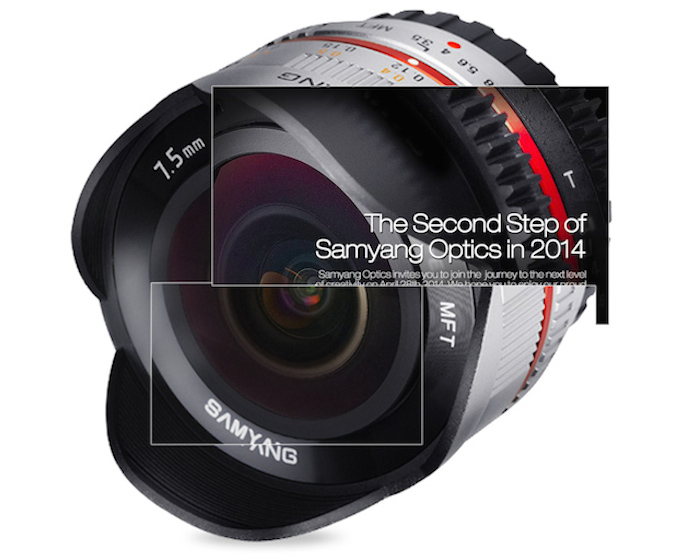 Q: Is it difficult to work on AF lenses of open mounts like Micro Four-thirds or E mounts?
A: Open mounts like E mount also open only basic informations, so we need more discussion to develop AF lenses. In this case such issues weren’t solved also.

Q: Don’t you have any plan to support electric contacts like A(perture)?
A: We already have AD version for Nikon. We hope to support rest, but now we will prepare the lens supporing A contact for Canon because the share of Canon is still largest.

Q: What lenses will you announce on April 28th?
A: We are preparing cine lenses and other stuff also. (note: I don’t remember whether he said other stuff or stuffs.)

In summary:
– It is true Samyang Optics had discussed with Canon, Nikon, Sony, and Micro Four-Thirds.
– They aren’t working on AF lenses because there are some issues like licensing, even about open mounts.
– They want to support A contact.