Samyang Europe has posted a new teaser on its Facebook fan page. The new Samyang teaser hints a product announcement on April 28.

Samyang’s advert has the following words: “The journey to the next level of creativity starts now. Stay tuned for more.” According to these words Samyang might announce a new line of auto-focusing lenses on April 28.

This has been previously rumored that they will announce a new line of autofocus (AF) lenses and a redesigned logo. It is not yet revealed what will Samyang announce but it looks like it’ll be more than one lens. 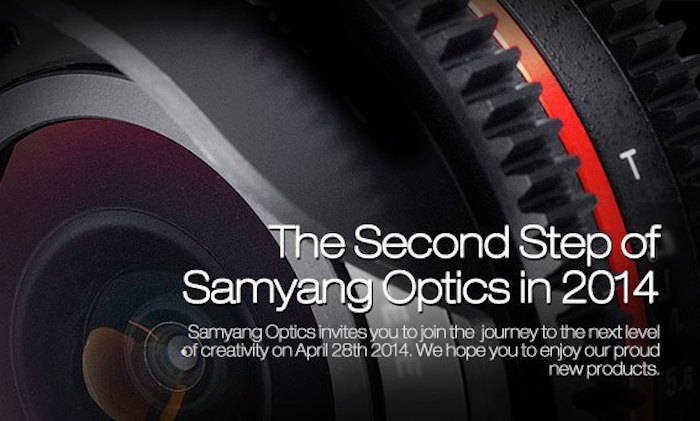 Canon mount 35mm auto-focus lens is scheduled to be launched 1st half of 2014. Samyang 50mm f/1.2 lens is also on the horizon. Stay tuned!