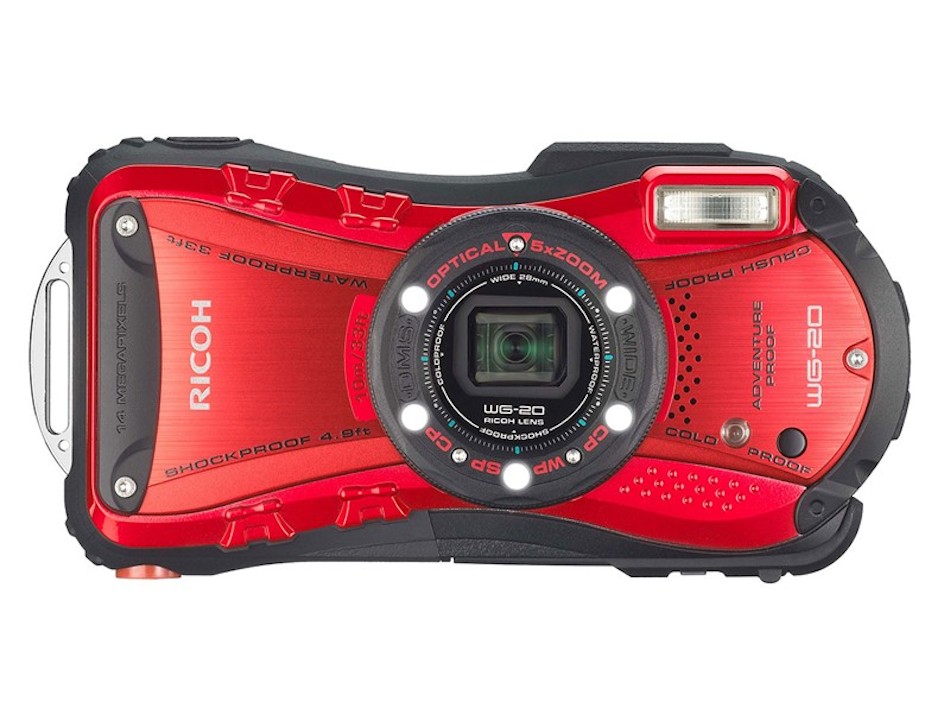 The Ricoh WG-4 is a new 16-megapixel rugged compact camera with a fast wide-angle lens. The two models are identical with the exception of the WG-4 GPS’ built-in location tagging capability and front-facing display. 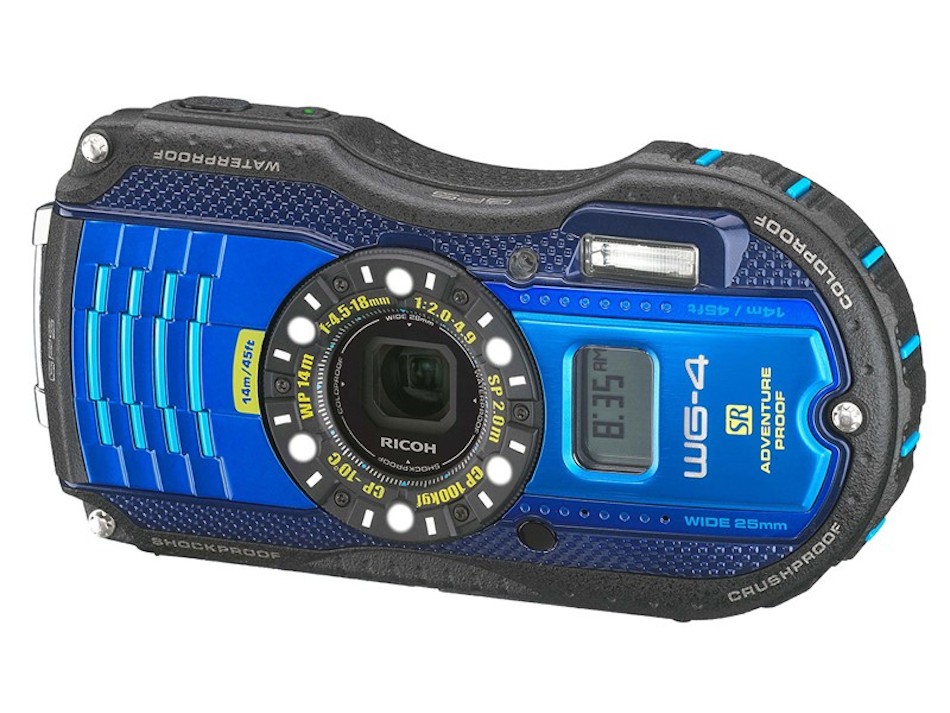 The WG-4 and WG-4 GPS are waterproof to a depth of 14 metres, shock-resistant against a fall from a height of two metres, dustproof, freezeproof down to -10°C, and crushproof to 100kg.