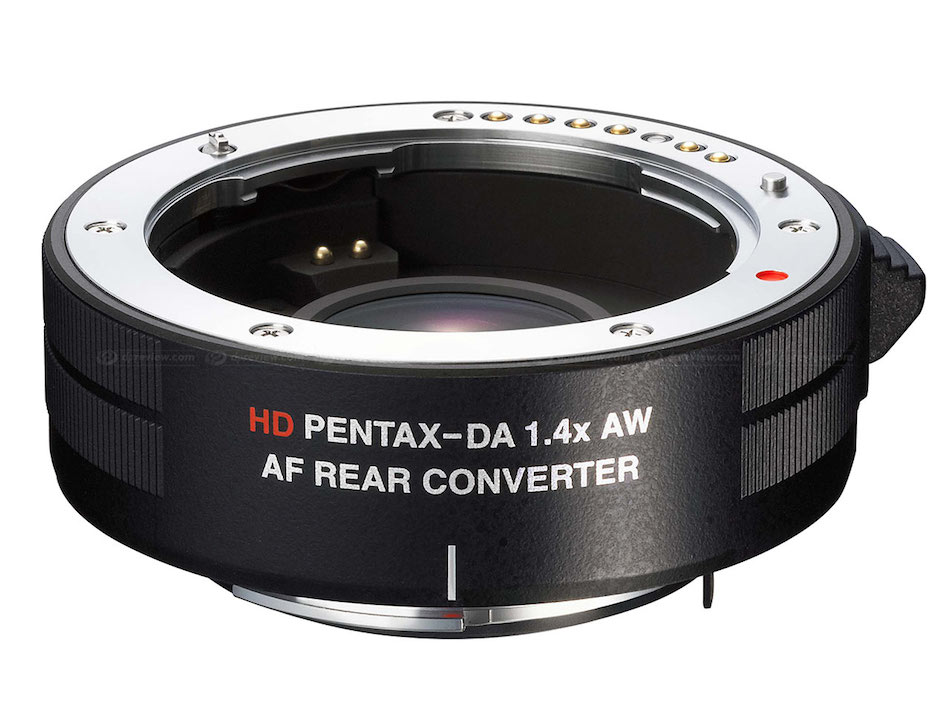 “The introduction of the HD PENTAX rear converter exemplifies our commitment to providing photographers with useful products and accessories that enable them to execute their creative vision,” said Jim Malcolm, Executive Vice President, Ricoh Imaging. “The rear converter makes good on that promise by giving photographers the extra focal length they need to realize the image.”

Finally, thanks to its three airtight seals, photographers can combine Ricoh Imaging’s lineup of PENTAX weather-resistant, dustproof DSLRs and lenses to assemble a dependable digital imaging system that performs superbly even under harsh outdoor conditions.

The HD PENTAX DA AF 1.4X AW rear converter will be available at retailers nationwide and online in March 2014 for a price of $599.95.

By mounting this rear converter between the camera body and main lens, the user can extend the focal length 1.4 times.* Measuring only 20 millimeters long, its compact, lightweight design allows the user to more easily reach out to distant subjects. The minimum focusing distance of the main lens is retained despite the extended focal length, providing for the capture of larger, more detailed images of  subjects in close-up shooting.

*When this rear converter is mounted, the lens maximum aperture will be smaller (darker) by 1 step.

When coupled with an AF lens, the autofocus operation can be performed. This rear converter works perfectly with both the camera-driven AF system and the lens-driven AF system (such as the  SDM- and DC- series lenses).**

Equipped with three airtight seals, this model is the first PENTAX rear converter with a weather-resistant, dustproof construction.

Thanks to its state-of-the-art optical design, this rear converter assures the exceptional optical performance that optimizes the potential of the master lens. The application of PENTAX-developed HD coating*** — a high-grade, multi-layer coating designed to minimize reflectance inside the converter while optimizing light transmittance — lets the user capture crisp, high-contrast images free of flare and ghost images, even under such adverse lighting conditions as backlight.

Note: Designs and specifications are subject to change without notice.