Sony A7 and A7r full frame mirrorless camera design leaked. This is the first time we see the widely rumored NEX-FF cameras. According to SAR this is coming from a trusted source and 100% sure this is the real A7 & A7r camera.

Sony A7 / A7R full frame camera skecth also confirms that bothcameras will really look like more Olympus OM-D. They will have weather sealed body grip and optional vertical grip. Both cameras have have eye tracking AF and focus peaking. According to the Sony A7 and A7r specifications list both full frame cameras will not have on body sensor stabilization. 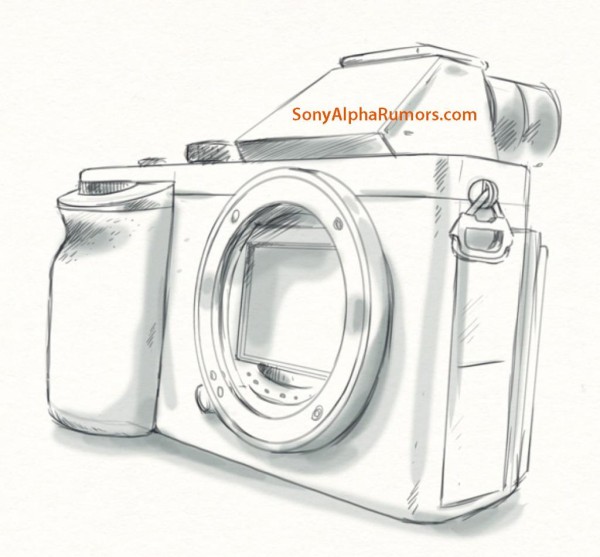 Sony’s full frame mirrorless cameras to be announced on October 16. After the Sony A7 and A7r announcement, the new NEX-FF cameras will be available for pre-order.

The other Zeiss lenses expected to be announced with the A7 and A7r cameras are the Zeiss 35mm f/2.8 prime and the Zeiss FE 55mm f/1.8 lenses.