Nikon will release a new entry level DSLR camera that will be positioned under the D30xx line. The new DSLR expected to be called Nikon D1000 or the line probably will start as D10xx.

Nikon D1000 DSLR camera announcement expected before the end of 2013. According to NR the new entry level DSLR could be announced in the next few weeks, since we are entering “announcements time”. 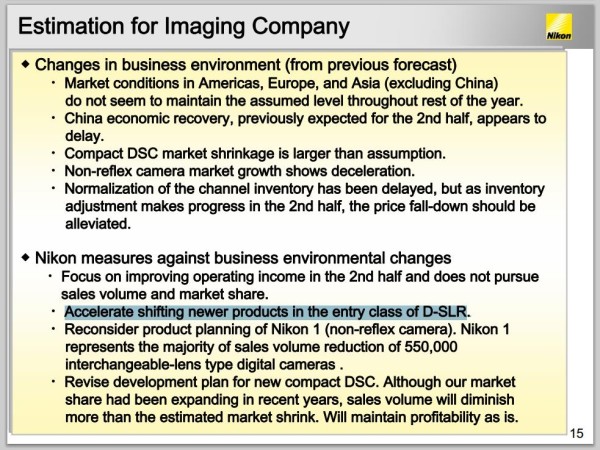 Nikon mentioned in their official financial results presentation that they will release a new entry-level DSLR in next few months.

Accelerate shifting newer products in the entry class of D-SLR.

If there will be an entry-level Nikon D1000 DSLR camera, the question is how Nikon will price this new camera, in order to make a difference.