Canon officially announced the EOS 700D /Rebel T5i and replace the popular EOS 650D /Rebel T4i DSLR camera a while ago. DxOMark published their test results for the new EOS 700D which is the new flagship DSLR in Canon’s “EOS for Beginners” range.

Below you can see the DxOMark test results for the Canon EOS 700D / Rebel T5i DSLR camera. Also comparison with Nikon D5200 vs Sony Alpha 58. 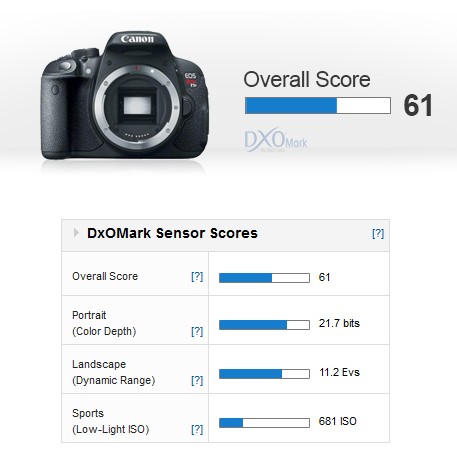 According to the DxOMark tests, Canon EOS 700D vs. EOS 650D also shows no significant improvement over its predecessor. Like its predecessor, the new Canon EOS 700D DSLR camera has an 18MP APS-C Hybrid CMOS sensor with built-in phase-detection autofocus, a DIGIC 5 processor, a 9-point cross-type AF system, and Full HD movie mode.

Also see below other comparison articles on DCN. 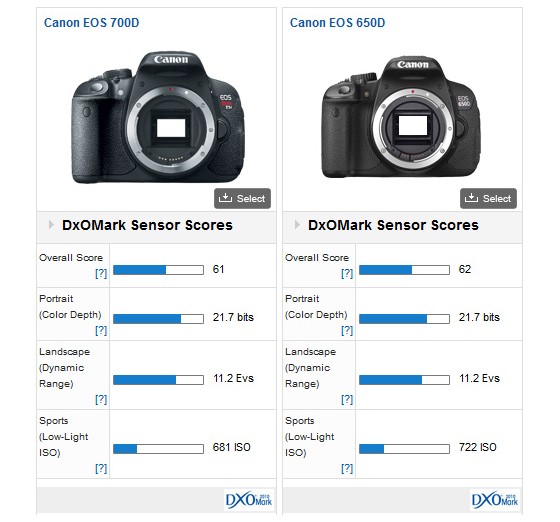 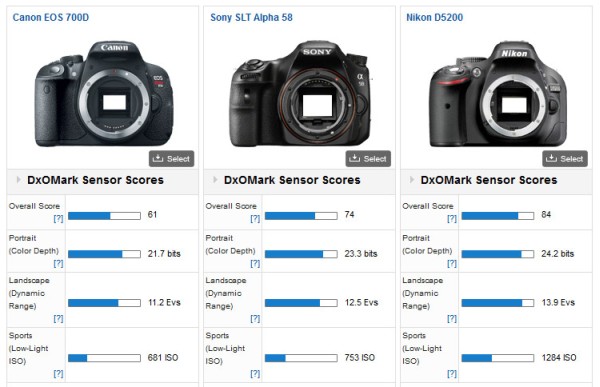 The 700D isn’t a significant improvement over its predecessor the 650D and with almost identical specifications and sensor scores they are effectively the same camera. Our Sensor Score analysis of APS-C DSLRs shows that while Nikon and Sony are making steady improvements the same can’t be said for Canon with none of their APS-C sensors breaking through the 70 points barrier. That said if you’ve invested in the EOS system but are after up to date entry-level Canon DSLR then now’s the time for a good deal on the 650D.