Panasonic has announced the development of Lumix GH6 camera. Due to be available by the end of 2021, the GH6 will be Panasonic’s flagship video camera in the Micro Four Thirds range.

The Lumiz GH6 is designed to be a flagship video device, with a new high-speed sensor. The MFT camera is expected to ship by the end of 2021 for around $2500. 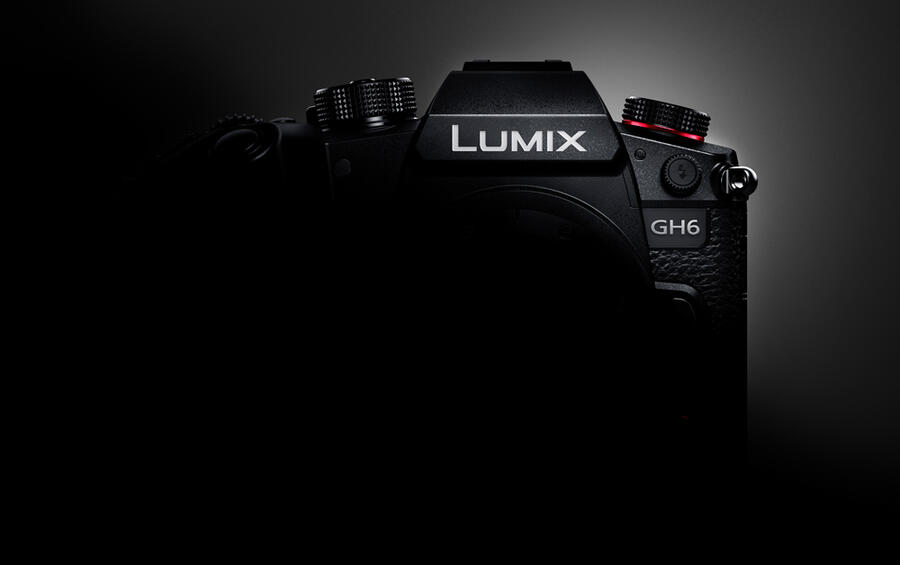 Newark, NJ (May 25, 2021) – Panasonic is proud to announce the development of the LUMIX GH6 that combines the new Micro Four Thirds sensor and a new image processor. This flagship camera of the LUMIX G Series will be commercialized for its release to world markets by the end of 2021.

After establishing the LUMIX brand in 2001, Panasonic introduced the world’s first digital single lens mirrorless camera in 2008[*1]. Since then, it has produced a host of innovative cameras and interchangeable lenses by taking advantage of the outstanding mobility and high video performance which are unique to the mirrorless camera system. These cameras and lenses were originally used for photography but have also been used for film creation. After 20 years of innovative contributions to the imaging culture, LUMIX cameras and lenses have earned a solid reputation with a wide range of users, including professional photographers and film creators.

As the next milestone in the evolution of the legacy of LUMIX cameras, Panasonic is proud to announce that the development of the LUMIX GH6 is underway. The flagship of the LUMIX G Series and the latest model of the GH line, it is renowned for its stunning mobility and innovative video performance. Combining the high-speed sensor and Venus Engine image processor, the new GH6 realizes next-generation video expression. Providing 4:2:2 10-bit DCI 4K/60p recording capability[*2], the LUMIX GH6 achieves unlimited video recording when the camera is used under the certified operating temperature[*3]. It is reliable enough to record continuous footage for a desired duration. It also provides a 10-bit 4K 120p High Frame Rate (HFR) and Variable Frame Rate (VFR) for high resolution slow/quick motion video. Moreover, the GH6 records 10-bit 5.7K 60p video by taking full advantage of the newly developed Micro Four Thirds sensor. Accommodating a variety of recording modes and shooting assist functions, the GH6 enables photo/video hybrid-use for various purposes including films, music videos, documentaries and short clips for social media to meet the creators’ needs. The GH6 will retail for approximately $2500.

In addition to the camera, the new interchangeable lens will be added to expand the G Series lineup, and the LEICA DG 25-50mm F1.7 is also under development. It covers from 10mm to 50mm (35mm camera equivalent:20-100mm) together with the LEICA DG VARIO-SUMMILUX 10-25mm / F1.7 ASPH. (H-X1025) which is currently available and has been met with high acclaim. These two lenses have common aperture, high descriptive performance, shape and operability so that it is easy to make the creator’s own unique image product using these two lenses with minimal workflow.

While the LUMIX G Series based on the Micro Four Thirds standard boasts high mobility, the LUMIX S Series offers high descriptive performance made possible with the full-frame sensor. With these two series, Panasonic demonstrates its commitment to further providing maximum product value as a tool for users to unleash their creativity and challenge the ever-changing photo/video culture in the digital era.

*1 As an interchangeable lens system camera, as of September 12, 2008. Panasonic study.
*2 Corresponding to the 4K resolution (4096×2160) defined by Digital Cinema Initiative (DCI).
*3 Recordable time depends on the capacity of the battery and the memory card. The camera may stop recording to protect the camera if the temperature exceeds the certified operating temperature.