With the Noctilux-M 50 f/1.2 ASPH. Leica is re-issuing a lens that occupies a very special place in the company’s history. Produced from 1966 to 1975, the Noctilux 50 f/1.2 was the world’s first lens to feature aspherical elements and, as such, represented something of a sensation. Its light sensitivity (which is enormous even by today’s standards) further contributed to the Noctilux’s legendary status – as did its unique aesthetic: images captured at open aperture are imbued with a soft, almost dreamlike quality – creating an unmistakable look with an exquisite bokeh.

These distinctive visual characteristics have been carefully retained in the new Noctilux-M 50 f/1.2, whose calculation and construction adheres so closely to the original that the imaging results are almost identical. Despite the fact that it was originally calculated more than fifty years ago, the purpose of this lens is by no means limited to nostalgic experiments: once it has been stopped down to f/2.8 (at the very latest), the Noctilux-M 50 f/1.2 delivers sharp images that live up to any quality expectations of modern-day digital photography. The lens also continues to be the most compact and light-weight Noctilux in Leica’s catalogue. 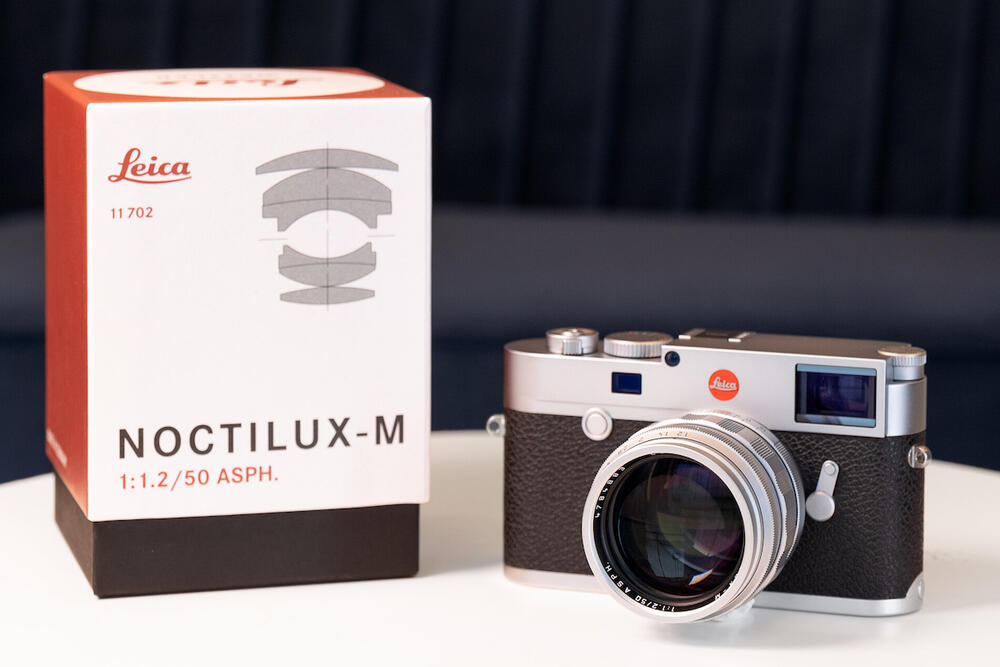 From the press text :

The Noctilux-M 50 f/1.2 ASPH. will be available in two variants. Before the introduction of the Noctilux in 1966, silver was the customary colour for M lenses – with the exception of a few special-edition models aimed at photojournalists, which were given a discreet black finish. The Noctilux marked the start of the company’s transition to black-anodised lenses. Prior to releasing the Noctilux on the market, Leica produced around five silver-finish prototypes. They now count among the most coveted and highly priced M lenses in existence. The serial, black-finish Noctilux 50 f/1.2 was produced in a total volume of just 1757 units. As a result, any well maintained model is also considered a highly sought-after collector’s item on today’s market.

The black anodised variant of the new Noctilux-M 50 f/1.2 ASPH. with aluminium lens barrel is available at specialist retailers as of now. The lens comes in packaging inspired by the original box, and is complemented by the same lens container that was provided with the original Noctilux 50 f/1.2 for safe keeping. The silver chrome variant, which is released in parallel, will be limited to a production run of 100 units. The special-edition model features a brass lens barrel, a front-ring engraving that reads LEITZ WETZLAR (instead of LEICA), and comes in packaging that bears an even closer resemblance to that of the original.