Godox launched a new flash the Godox AD100Pro. The US price is $299 and it will be released on March 1, 2021. Now the Godox AD100pro Pocket Flash is available for pre-order at Amazon, B&H and Adorama. Godox AD100Pro compatible for Canon, Sony, Nikon, Fuji, Pentax, Panasonic and Olympus. LightWeight Featherweight at just over 18oz / 524g with Battery.

The Godox AD100Pro has a can-shaped design and weighs about 18.5 oz. (524g), including its battery. The round flash head includes magnetic capabilities, allowing photographers to use compatible Godox magnetic modifiers. Users can also attach the AD100Pro flash to an S2 bracket, which allows for the use of Bowen-mount light modifiers. 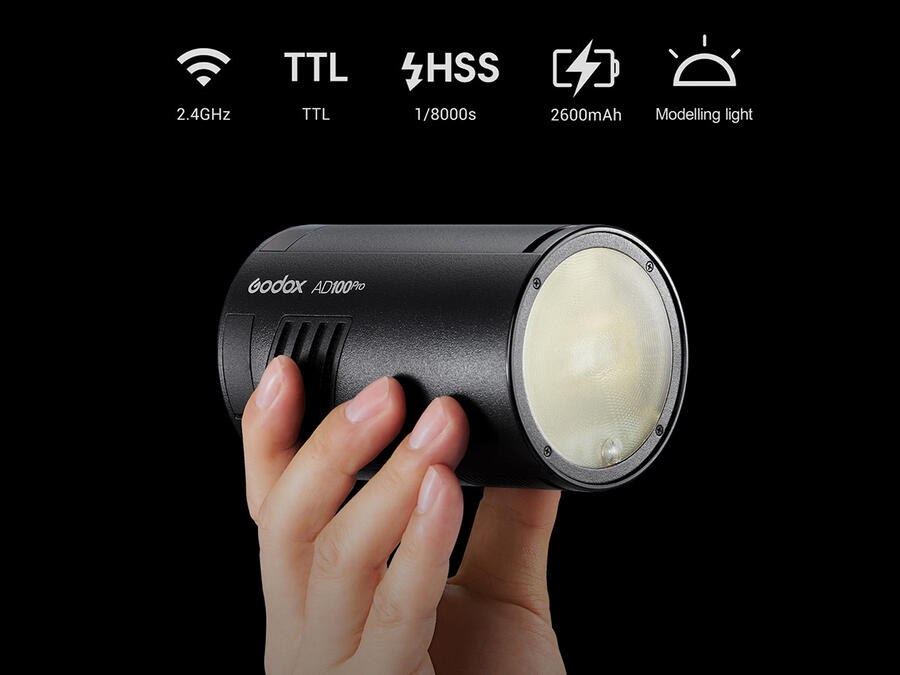 The flash includes a 2,600mAh battery, which Godox states provides 360 full-power flashes on a single charge. This is the same battery as used by the Godox V1 speedlight.

The flash comes with a carrying case, charger, USB cable, battery, light stand bracket and instruction documentation. Shipping is expected to commence in March. For additional information about the Godox AD100Pro and other Godox flashes and accessories, click here.