The Z 6II is capable of 4K/30 internally with full-pixel readout, however a 4K/60p will be available via an upcoming firmware update. Moreover, Full HD/120fps is also included in the Z6 Mark II. While the new Z 7II can record 4K/60p internally at launch, both cameras are still limited to an 8bit 4:2:0 H.264 internal codec and subject to a 29 mins recording limit. However, 10-bit support and N-Log is available only externally via HDMI.

In addition, Nikon say they built the the Z 6II with videographers in mind and as such have included focus peaking and zebras. Also, AF speed and tracking sensitivity is adjustable, while the focus ring can also be reversed. Check out the details of Atomos ProRes RAW support for Nikon Z6 II and Z7 II cameras. 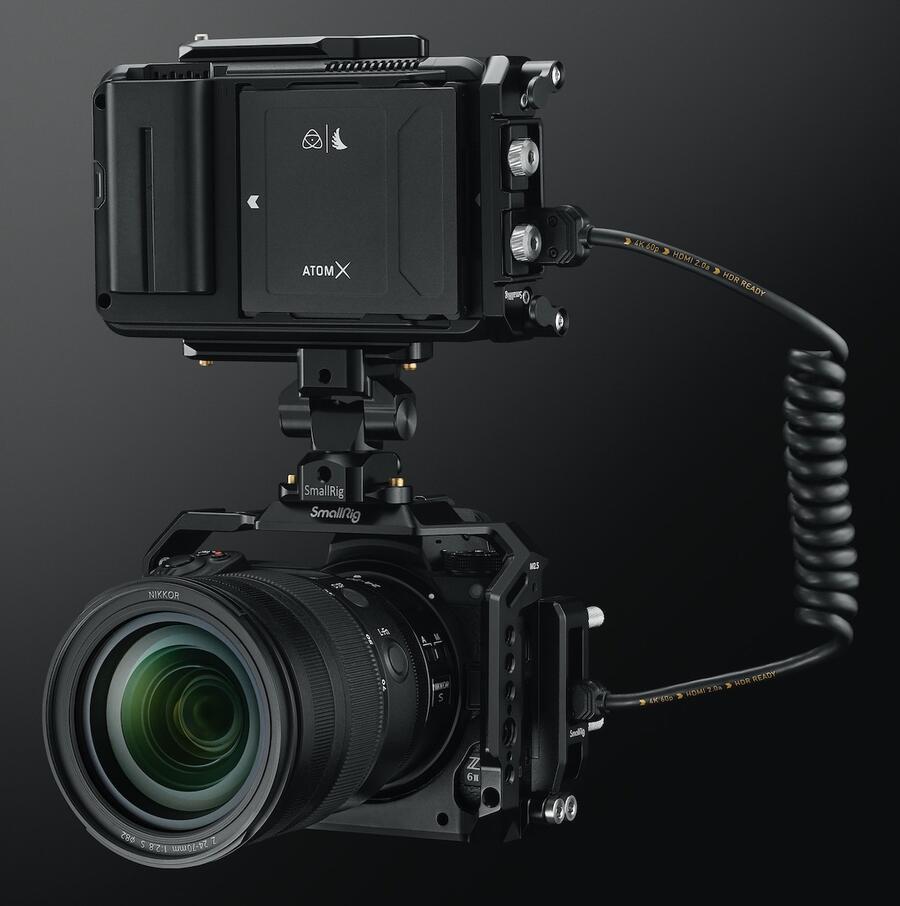 According to Atomos, the Z6 II and Z7 II cameras will be able to output up to 4Kp30 RAW over HDMI when combined with the Atomos Ninja V recording monitor.

“Atomos announces up to 4Kp30 ProRes RAW from Nikon Z 7II and Z 6II mirrorless cameras. Atomos is excited to be announcing an additional two cameras to its Apple ProRes RAW eco-system. On this occasion we are pleased to announce that the new Nikon Z 7II and Z 6II will be able to output up to 4Kp30 RAW and record as ProRes RAW files when combined with the Atomos Ninja V HDR monitor-recorder. These cameras are successors to the very first mirrorless cameras to enable ProRes RAW, the original Nikon Z 7 and Z 6.”