It features the same round-head design with support for Profoto’s Click Light Shaping tools, a large hi-res display for changing settings and navigating the menu, an LED modeling light, a maximum 76Ws output, a recycle time between 0.05–1 second and a built-in Li-ion battery rated for up to 450 full-power flashes. 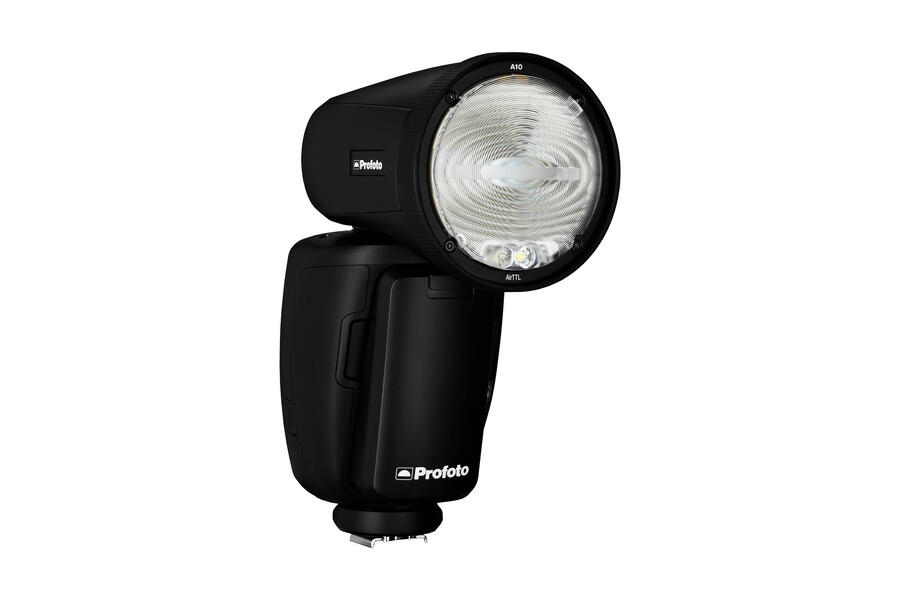 Building on the success and popularity of the A1X, Profoto introduces an enhanced version, Profoto A10 has the same powerful battery that gets 450 full-power flashes instead of 350, fast full-power recycling time of one second, and 20 wireless channels. What’s ground-breaking about the A10 is that you can sync it with your iPhone camera. The camera app syncs your iPhone with the A10 over Bluetooth connection – no additional hardware attachments needed. The App enables you to precisely control the A10’s flash tube power, its LED modelling light, and also control all other standard camera settings: shutter speed, ISO sensitivity and white balance in 1/3 EV steps. You can take photos in different image formats: HEIF, JPG, or raw. It even has a self-timer! Instead of sending an approximation of a shot to a colleague or client, email or text an actual professionally lit image. You can even download future firmware upgrades to the A10 through your smartphone.

The A10 was created for the professional photographer looking for portability and performance features or the ambitious non-professional who recognizes quality lighting but wants it comfortably and easily without the hassle of an overly technical interface. The A10 is easy to use. You can literally take it out of the box and start shooting. Weighing 1.2 lb including its battery, the A10’s sleek matte black finish not only appeals to the eye but to the tactile sense as well.