Atomos to record 4Kp60 ProRes RAW over HDMI from Sony’s Alpha 7S III. Atomos has announced that they will release a firmware update for its Ninja V recorder/monitor which will enable it to record 4K/60p ProRes Raw video over HDMI.

The highly anticipated Sony a7S III full frame mirrorless camera is official and the US price is $3,498. It is now available for pre-order at Amazon, B&H, Adorama. Shipping is scheduled to start on September 24, 2020. 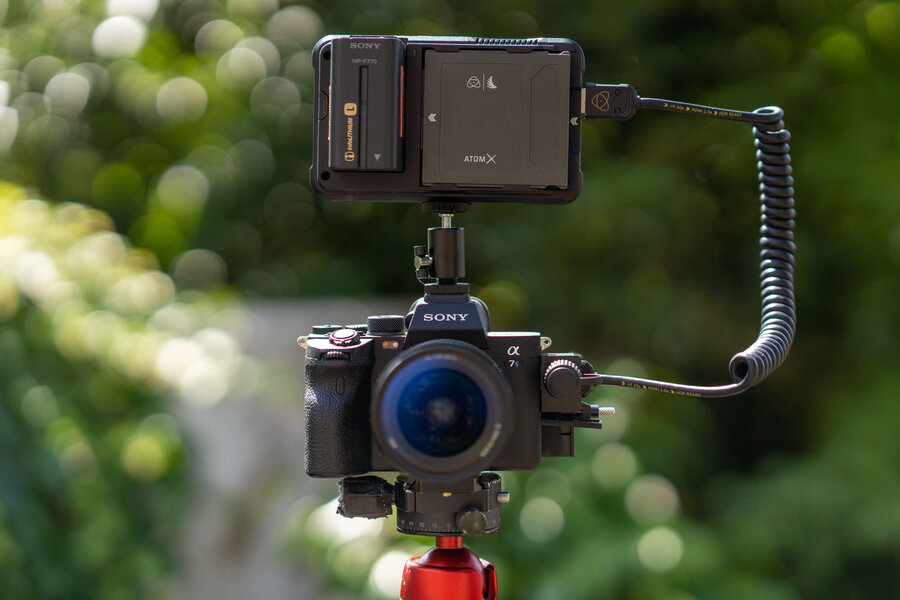 Atomos has shared the following video from Phillip Bloom, shot on the Alpha 7S III and Ninja V in ProRes RAW:

Atomos expects the firmware update to be available in September of this year.

The Alpha 7S III has a state-of-the-art CMOS image sensor and the Ninja V can record its full dynamic range in Apple ProRes RAW for maximum detail and latitude in post-production. The RAW files are optimal for HDR finishing, or for greater flexibility in SDR (Rec.709), giving stunning results in either. Images are recorded directly to affordable, reliable AtomX SSDmini or other compatible SSD drives for quick transfer to your editing system.

Unrestricted RAW recording
RAW recording with the Ninja V from the Alpha 7S III is only limited by your imagination. The combination will record ProRes RAW video for as long as you have disk space on your SSD and power for the camera and recorder. The active cooling employed means that internal record time limitations can be bypassed making a perfect setup for performances and long interviews. Optionally, RAW video can also be captured on the Ninja V at the same time as compressed video is recorded internally to memory card on the Alpha 7S III, providing several workflow options and a useful backup

16-bit Linear RAW perfectly captured as 12-bit Log RAW
The data-rich 16-bit linear RAW output of the Alpha 7S III is compressed and recorded in the Ninja V as 12-bit ProRes RAW at up to 4Kp60. The result is a high quality ProRes RAW file that combines the superb visual quality of the Alpha 7S III with the workflow advantages of RAW and the incredible real-time performance of ProRes. One key benefit, especially in low light, is that the ProRes RAW files allow you to take fine control of how noise reduction and sharpening is applied to images, tuning these precisely for each shot.

A defined standard
Atomos believes ProRes RAW is the new standard for RAW video capture, which is supported by an ever growing number of cameras outputting RAW over HDMI to the Ninja V. The format gives filmmakers enormous latitude when adjusting the look of their images and extending brightness and shadow detail, making it ideal for HDR workflows. Both ProRes RAW, and the higher bandwidth, less compressed ProRes RAW HQ are supported. Manageable file sizes speed up and simplify file transfer, media management, and archiving. ProRes RAW is supported in Final Cut Pro X, Adobe Premiere and Grass Valley Edius, along with a collection of other apps including ASSIMILATE SCRATCH, Colorfront and FilmLight Baselight.

10-bit 4kp60 Apple ProRes or Avid DNx for extended recording
For the first time in a mirrorless camera from Sony there is also a 10-bit 422 HDMI video output option available. The Ninja V and other current Atomos monitor-recorders can record this as 10-bit 422 Log or Rec.709 video at up to 4Kp60 into production ready ProRes or DNx codecs. These provide long record times and practical data rates when the additional flexibility of RAW is not required. This is ideal for situations where the camera needs to integrate into an established post workflow, or a fast turnaround is needed.

HDR monitoring perfection
The accurate 5” 1000nit HDR high brightness display of the Ninja V allows users to view the Alpha 7S III RAW signal in HDR in a choice of HLG and PQ (HDR10) formats or view natively in Sony’s S-Log profile and used with LUTs. The monitor offers touchscreen access to tools like waveform, magnification and peaking so users can check focus and make adjustments to get the perfect HDR or SDR shot.

Launch film from filmmaker Philip Bloom
Renowned filmmaker Philip Bloom has shot a short film titled ‘The Paddleboarder’ to test the ProRes RAW capabilities of the Alpha 7S III with the Ninja V. Shot on the river Thames in just one day it clearly demonstrates just how filmic the RAW images look. In his time with the camera he has also shot ProRes RAW in various lighting conditions including near darkness.

He said: “Sony’s Alpha 7S III is incredibly powerful and does pretty much everything I need from a camera. Having the ability to record RAW over HDMI to the Atomos Ninja V is the icing on the cake. Not only can I record at full quality 10-bit 4K internally to the camera’s memory cards, I can simultaneously record 12-bit ProRes RAW to an SSD which gives me more flexibility to grade and bypass things like the in-camera sharpening and noise reduction. This is especially invaluable when shooting at very high ISO where working with RAW allows me to adjust the noise in post processing with much more precision.”

Atomos and ProRes RAW
Jeromy Young, Atomos CEO, said: “What Sony have done with the Alpha 7S III for RAW recording to the Ninja V is truly amazing. I’m delighted that together we are able to bring this first Sony’s Alpha™ into the Atomos RAW ecosystem. Sony’s engineers have delivered an amazing quality RAW over HDMI output to the Ninja V that will open up countless creative opportunities. The detail, dynamic range and especially low light performance is outstanding in RAW. The stable operation and long RAW record times that the Ninja V brings to the Alpha 7S III make it a brilliant tool for almost any production.”

Ninja V users will receive a free AtomOS update to enable RAW recording over HDMI from the Alpha 7S III. This is set to be available in September 2020.