The Olympus PEN-F Mark II camera, which has been rumored several times before, was mentioned by a UK magazine. Obviously, this is more of a rumor than a wish list.

In the article it says that all the major models from Olympus such as E-M1, E-M5 and  E-M10 did get an update but the PEN-F didn’t. Therefore, towards the end of 2020, a dteermination is made for the Olympus PEN-F Mark II that the announcement time has come.

According to that they would love to see some specs in the upcoming Olympus PEN-F Mark II. The specs list of PEN-FII is consists of 20.4MP Four Thirds sensor, 121-point phase detection autofocus system including 4K video. The expectation is that the Olympus PEN-F Mark II will benefit from expanded live filters, live ND, live bulb with color profiles. See also Olympus PEN-F Camera Discontinued 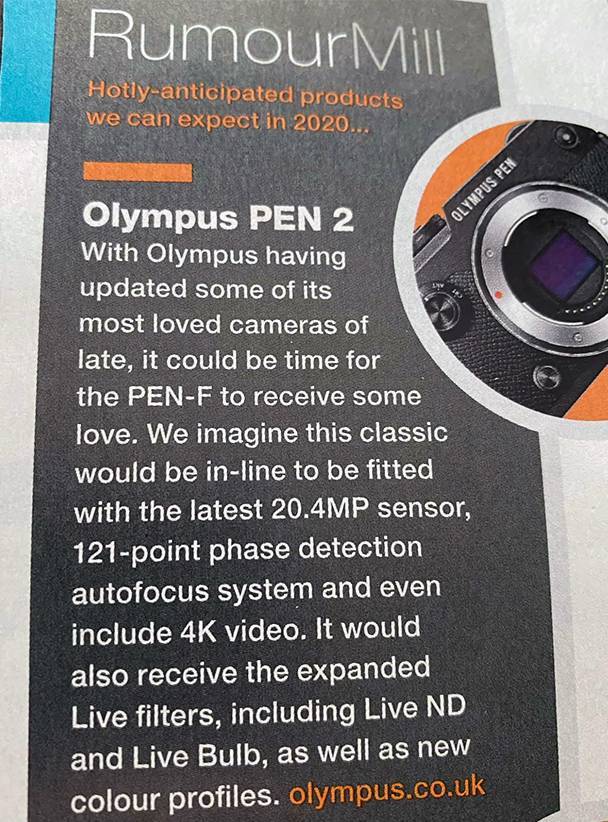 To wrap up our predictions on Olympus PEN-F Mark II  specs :