The camera offers a 15 stops of dynamic range. It has a hybrid AF system with 567 PDAF and 425 contrast-detect point, and 74% frame coverage. There’s also real-time eye, human and animal AF. The camera can shoot at 10 fps with continuous AF for up to 68 photos. The Pixel Shift mode can captures 960 Megapixels worth of data by compositing 16 images, which can be processed via Sony’s Imaging Edge software to create 240MP photos.

Sony a7R IV can capture oversampled 4K/30p video with touch tracking and real-time Eye AF, and support for 8-bit S-Log2/3 and HLG. When using the Super 35 crop there is an additional 1.2x crop at 30p and 1.1x at 24p. As with its predecessor, the top bit rate is 100Mbps using XAVC S. 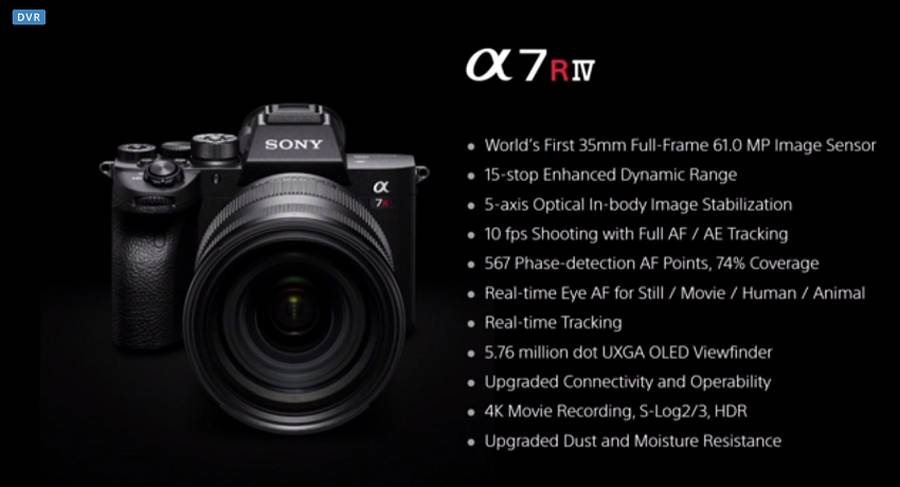