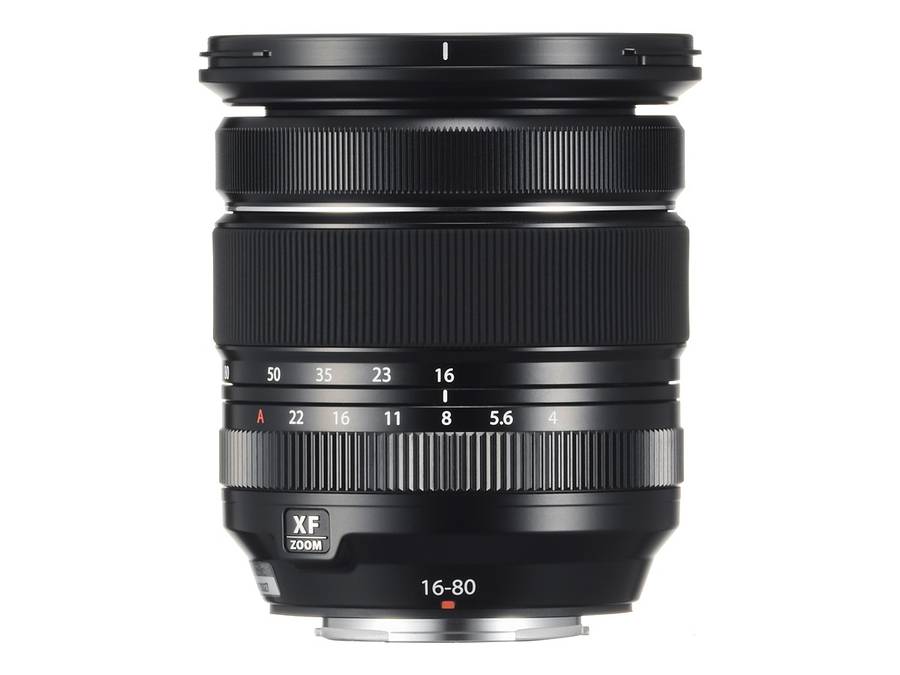 X-Trans CMOS Sensors are designed to provide maximum image quality, especially when paired with the stunning design and sharpness of FUJINON lenses. Consisting of 16 elements in 12 groups, the FUJINON XF16-80mmF4 R OIS WR Lens also features one aspherical element that is specially designed to minimize field curvature and spherical aberration. This results in stunning levels of image sharpness from the center of the frame to the edges, even at the wider end of the lens’ focal range. Add in the fact that this lens has very little focus breathing, has an ability to focus up to 14in (35cm) from a subject, and features a broad range of focal lengths, it’s clearly an ideal pick for photographers and filmmakers needing versatility, but not wanting to sacrifice image quality.

A small, compact, and versatile lens for any shooting situation

Covering an effective focal range from 24mm to 122mm, the FUJINON XF16-80mmF4 R OIS WR weighs just 15.5 oz (440 g) and is only 3.5in (88.9mm) long. This makes it approximately 40% lighter than similar, 35mm system lenses, which means it won’t weigh you down when spending an entire day looking to capture that perfect moment.

Push the limits with 6.0 stops of Optical Image Stabilization (OIS)

As if extending the possibilities of hand-held capture with 6.0 stops of CIPA-Rated Optical Image Stabilization wasn’t enough, the FUJINON XF16-80mmF4 R OIS WR lens can absorb any vibration from a mechanical shutter. The OIS can also automatically detect when the camera is being used with a tripod and adjust its performance to provide optimum image quality.

Be ready for unpredictable moments with quick, responsive, and near-silent autofocus

Having fast and quiet autofocus is critical when you’re roaming the streets looking for that perfect image. Our engineers went to great lengths to build the right motors to accurately, quietly and precisely drive focusing elements so you can count on it the instant you need it.

Weather-sealed in ten places along the barrel, this lens is capable of operating in temperatures down to 14°F (-10°C). Work fearlessly in dusty or damp conditions and keep peace of mind when in freezing or terribly hot, humid conditions.