Vazen to launch a trio of anamorphic lenses for Micro Four Thirds cameras. New lenses spotted by Newsshooter at the Cine Gear Expo and the company will release 28mm, 40mm and 65mm focal lengths with a 1.8x anamorphic effect.

The lens on show at Cine Gear is a 40mm T2 that will be shipping at the end of this month. When used on Micro Four Thirds cameras, such as the Lumix GH5/s, Blackmagic Pocket Cinema Camera or Z-cam E2, it will produce 2.39:1 aspect ratio images.

Vazen claims the lenses will provide ‘buttery smooth oval bokeh, signature blue horizontal flare and the widescreen cinematic look’ as well as a minimum focus distance of 0.82m (2.7ft) for the 40mm example. The focus and aperture rings are fitted with gears and the front filter thread measures 110mm. 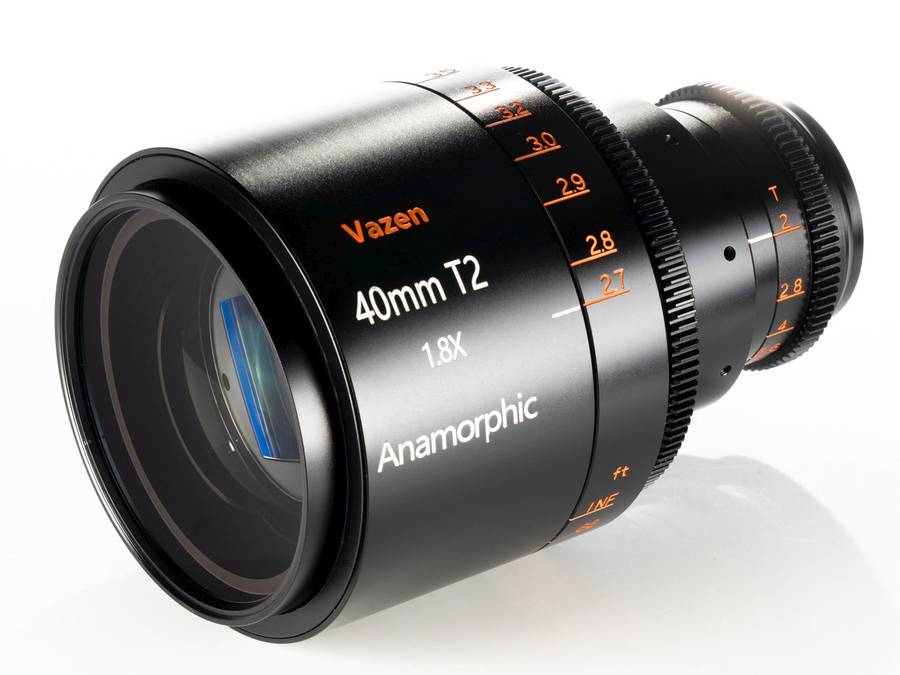 The Vazen 40mm t/2 1.8X Anamorphic Prime is claimed to be the world’s first 1.8X anamorphic prime designed for Micro Four Thirds cameras with 4:3 sensors. Below is sample footage captured with the 40mm T2 lens: