Fujifilm has officially announced the new INSTAX Mini LiPlay hybrid camera today. The US price for this camera is $159.95, you can check pre-order options at B&H Photo Video/Adorama. The model is a new addition to the lineup of “instax” instant cameras, which allows you to enjoy photo prints on the spot. The camera’s main unit is the smallest and most lightweight in the history of the instax series for outstanding portability.

The hybrid INSTAX Mini LiPlay lets you shoot a digital image, print out that image instantly, and also post the photo online by sending it digitally to your phone using Bluetooth and the Fujifilm app. Even cooler, send photos from your smartphone (either your own snaps or other pics on the Web) to the phone for instant printing. The app has some other fun features, including filters and frames that can be added to your photos before you print them, and even the ability to record sound with the image, convert the sound to a QR code and print the QR code on the image for playback later on. This is pretty much the best of the digital and analog worlds combined in a stylish small package. 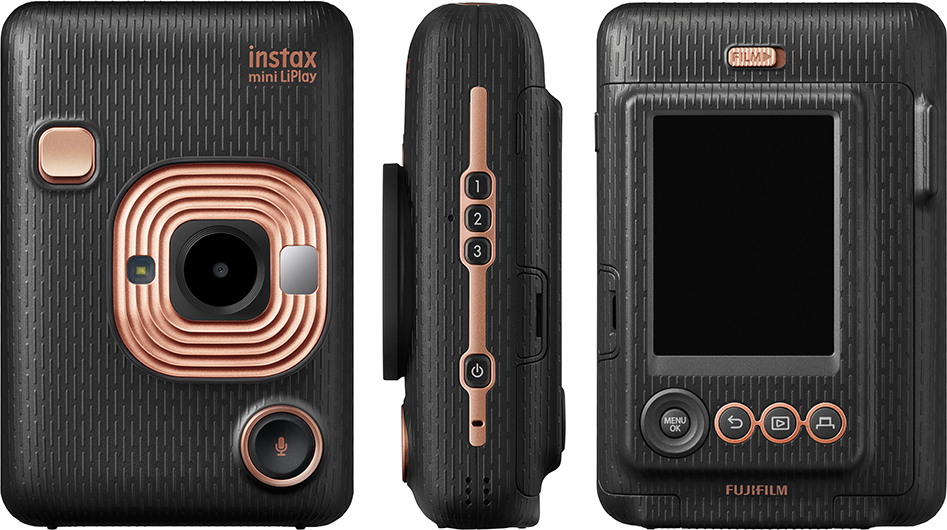