Ricoh GR III has earned a Silver Award with an overall score of 81% from the experts of Dpreview. Ricoh GR III is a premium APS-C format compact camera aimed at enthusiasts primarily for street photography.

The GR III is a major update to the GR and GR II that preceded it. The resolution increase from 16-24MP was expected (and overdue) but the addition of sensor stabilization, a touch-sensitive screen, and the removal of the built-in flash. 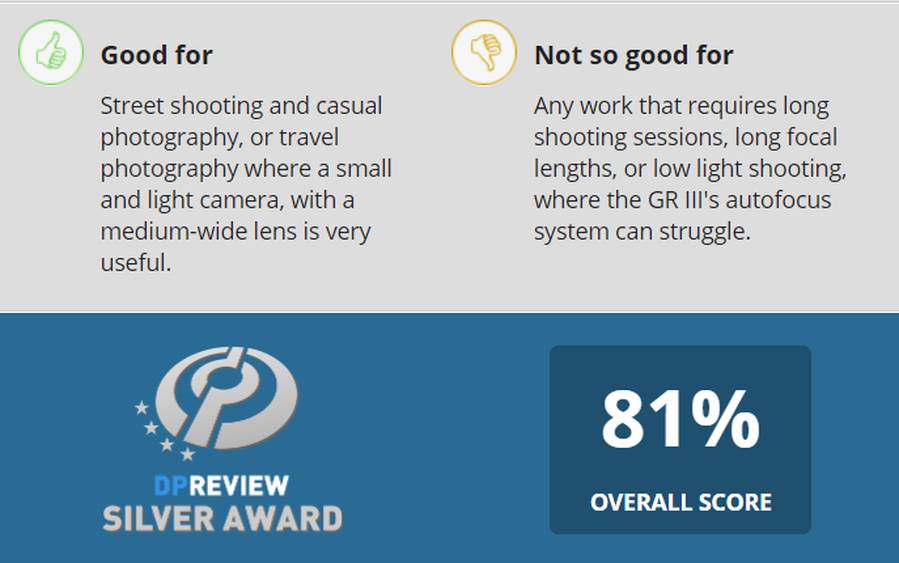 The Ricoh GR III updates the GR series in some really important ways, bringing a modern high-resolution sensor and hybrid autofocus system to the lineup for the first time. Controls have been simplified, and a new touch-sensitive rear screen makes autofocus positioning and image navigation much faster. Image quality is excellent, although JPEG shooters might find that the ‘Std’ profile delivers rather dull results. The lack of a flash, and unimpressive battery performance are the only major black marks against this pocketable camera.