Canon’s new RF mount allows for fast, light, and high-performing optics with a large opening diameter and short back focus distance. As you might remember, along with the entry-level Canon EOS RP (B&H Photo/Adorama/Amazon) full frame mirrorless camera, the company announced the development of six RF lenses which includes these three f/2.8 models. Click here.

Before these fast RF lenses, rumors indicate that the Canon RF 85mm f/1.2L USM lens will hit the shelves in May. This will be the non-DS version. There has been nothing said about when we can expect the RF 24-240mm f/4-6.3 IS USM or the RF 85mm f/1.2L DS USM to arrive. 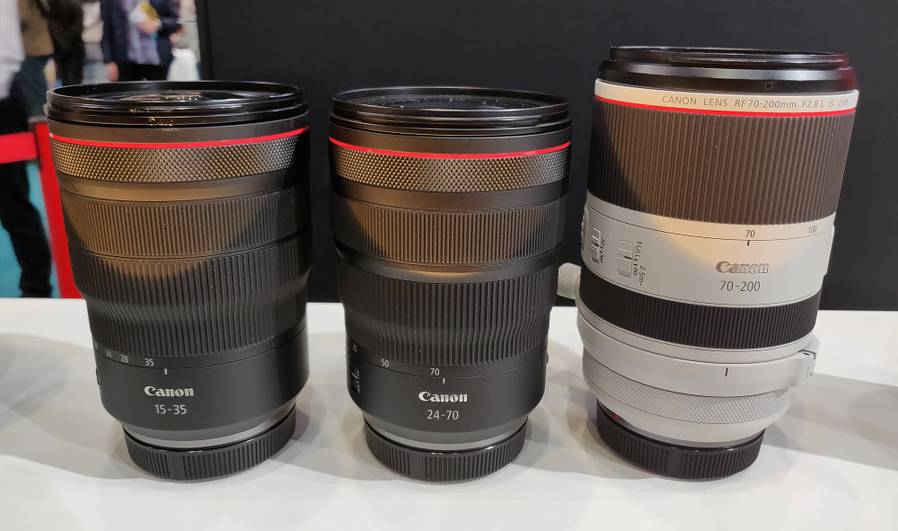 The six new RF lenses under development include:

Latest rumors about release dates of these lenses.