Read our detailed comparison of the Canon EOS Rebel SL3 vs Nikon D3500 to find out their strengths and weaknesses.

With Canon’s new Rebel EOS SL3 just hitting dealers’ shelves, we’ve compared it against one of its main competitors – the Nikon D3500. 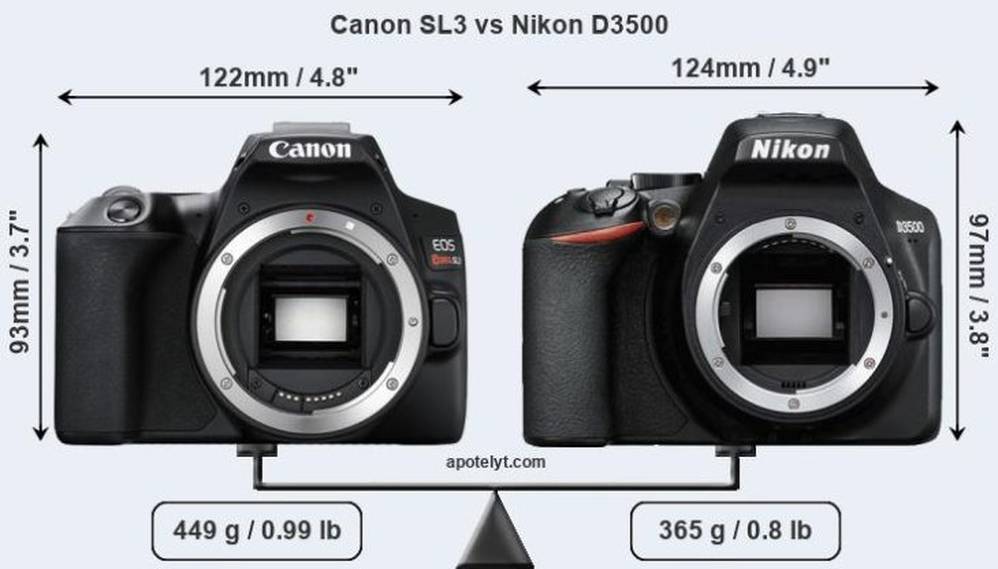 Reasons to prefer the Nikon D3500: