The Canon EF 70-200 F4L IS II USM is a substantial upgrade over the original model. Its image stabilization now reduces shake by up to 5 stops (versus 3) and is quieter, the body is more durable and coatings have been added to reduce ghosting and flare as well as to keep fingerprints off of the front and rear elements. The 70-200 F4L II has a total of 20 elements, including 2 UD and 1 fluorite. The minimum focus distance is 1m, down from 1.2m. 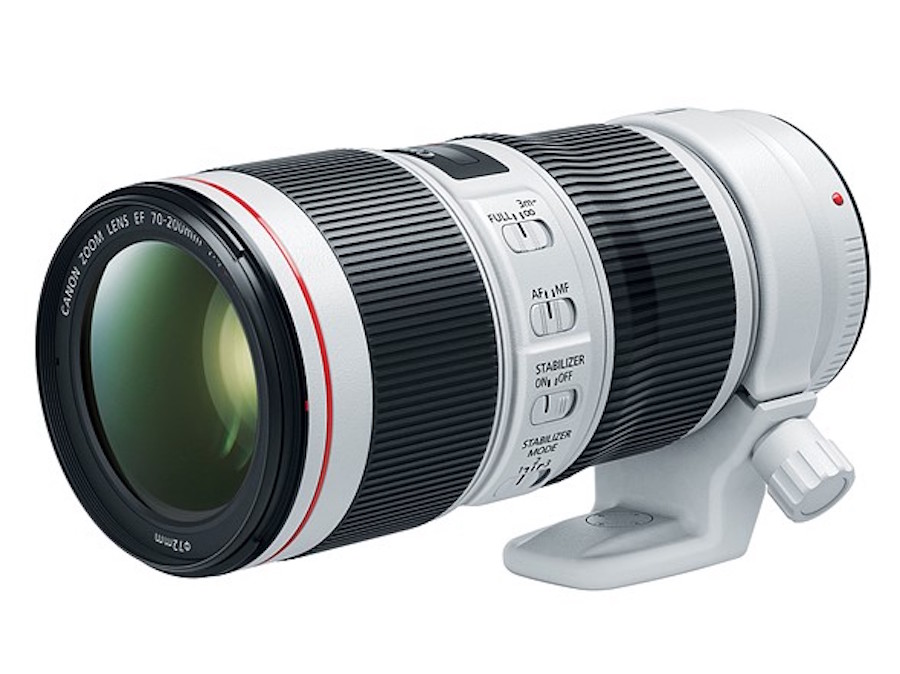 The king is dead and, yes, long live the new king. The Canon EF 70-200mm f/4L IS II is everything that the mk I was plus some. It is the perfect playmate for ultra-resolution Canon cameras. It is mostly tack sharp at mainstream settings with no real weakness across the focal length range. Lateral CAs are low and not really an issue. Image distortions can be visible specifically at the long end though and you can spot some moderate vignetting at f/4. If you use digital auto-correction that will be a lesser concern, of course. The quality of the bokeh is good for a zoom lens.

The build quality is excellent but that’s hardly a surprise when talking about a Canon L lens. The low weight and small size are certainly welcomed when carrying around your camera gear all day long. Canon’s improved image stabilizer is impressive.

D. Abbott’s review comes with a huge set of sample photo of the lens. See his conclusion below.

Some have questioned whether this lens is a worthy upgrade, if enough has changed. If you are looking for a revolutionary improvement over the previous generation lens (perhaps considering updating), that might be a hard choice, but there is no doubt that this is a significantly improved lens on a number of levels. The build is improved, the autofocus is improved, and the image quality is improved. There is no single thing that jumps out at you, but the sum total of the improvements add up to what I believe is the best f/4 lens that covers this focal length. The price tag is at the high end of the spectrum, but so is the performance of the lens. There are solid alternatives to this lens, but if you want the best 70-200mm f/4 lens, the Canon EF 70-200mm f/4L IS II is the one to get.

A well crafted photographic tool that does its job flawlessly is always a pleasure to use, and this new lens can be fairly described as just that. Fair enough, we lose a little of the ability to throw backgrounds out of focus by sacrificing the usual f/2.8 aperture, but we gain portability, a lower cost and there is really very little sacrifice in terms of narrow depth of field. The f/4 70-200mm lenses, in general, look an attractive proposition and the Canon EF 70-200mm f/4L IS II USM is a particularly good example