We can declare this day the most intense day for gossip win for the camera industry. Earlier today the rumor mill were in talks of the Canon EOS R full frame mirrorless camera. The camera and new RF lenses will be announced on September 5th.

Now it is being said that Panasonic full frame camera is also on the horizon and announcement date will take place on September 25th. 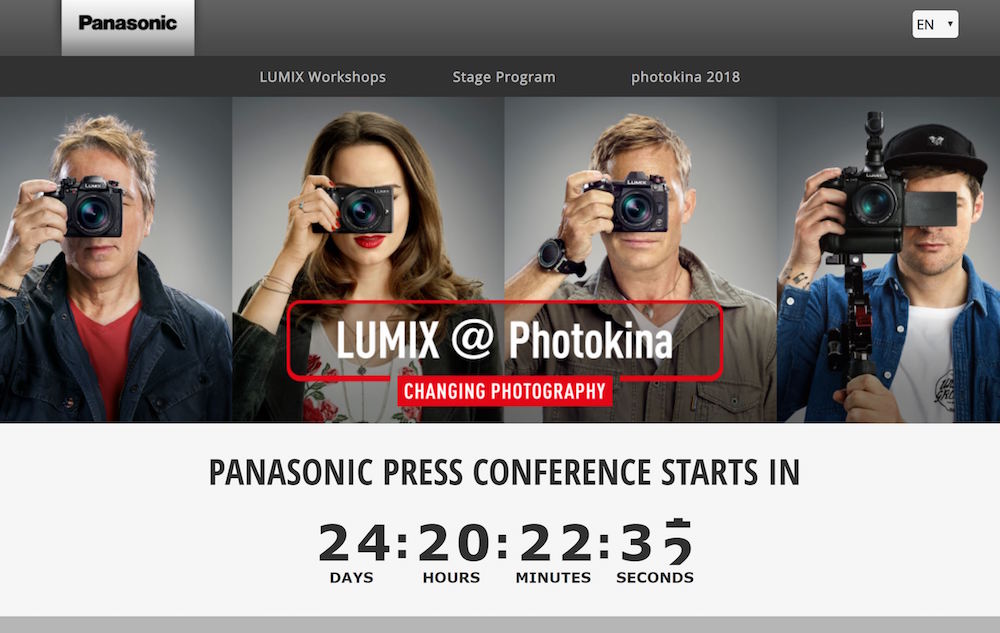 For Panasonic, one of the most important actors of Micro Four Thirds, we can say that we are looking forward to an announcement that will create the same effect as Nikon Z6/Z7 and Canon’s full-frame mirrorless cameras.

Currently, there is already a countdown page at Panasonic. For the Panasonic full-frame mirrorless camera, the specifications or product details have not yet been leaked.

Panasonic will likely show a prototype at Photokina 2018 and the final product will be on market during the first half of 2019.