Fujifilm has unveiled the X-T100 mirrorless camera with 24.2 megapixel APS-C sized image sensor. The new Fujifilm X-T100 has the same sensor in resolution to the Canon EOS M50. Both cameras record 4K videos and offers almost the same features. According to this list of features, we should mention that the subjects such as continuous shooting speed, native ISO sensitivity, higher resolution large LCD screen come out on the Canon M50 side.

If you’re trying to decide which one to buy as your first camera, check out the differences between the Fujifilm X-T100 vs Canon M50 cameras.

Differences Between the Fujifilm X-T100 vs Canon M50 Cameras 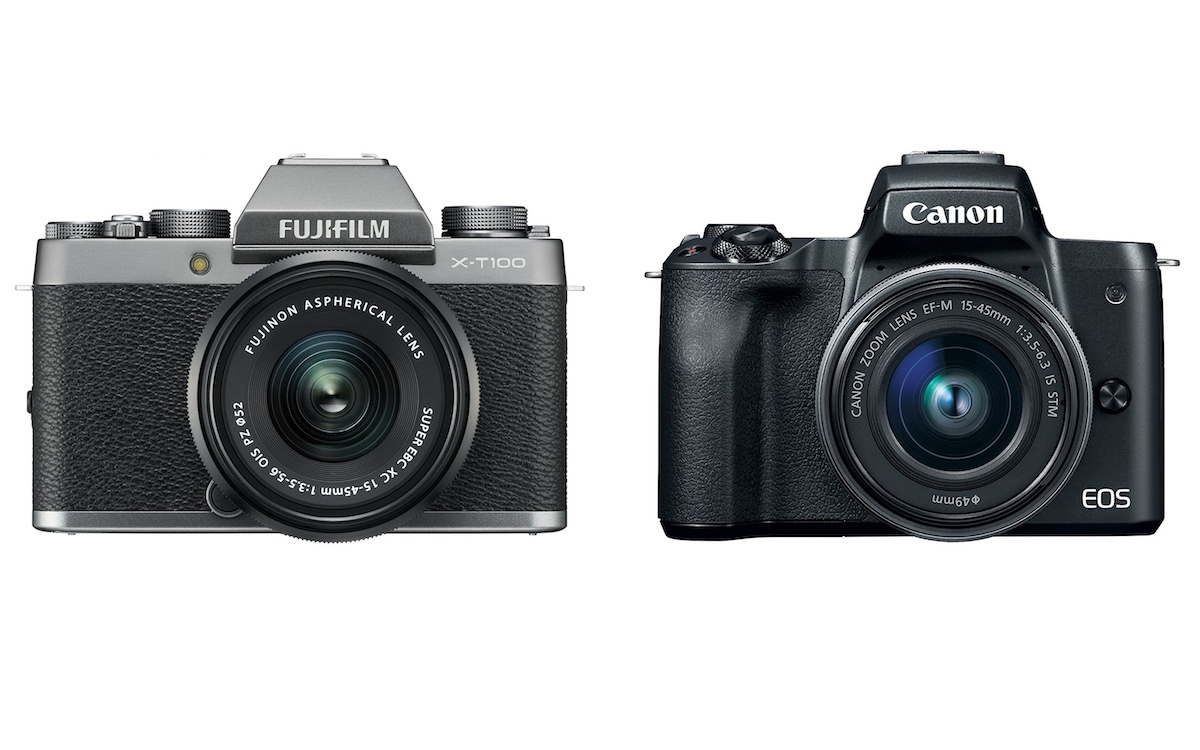 Here we are comparing Fujifilm X-T100 vs Canon M50 mirrorless cameras. Our comparison table below covers the important specifications of each camera. Below that, we specifically talk about the new improvements and which model is better suited for your needs.

Both cameras are very similar, but if you’re looking for something small and light. Especially for vlogging we recommend Canon M50 with its advanced features in burst speed, native ISO and RAW buffer at this price tag.