Home » Sony » Sony A7 III Gets Gold Award from Dpreview

The Sony A7 III mirrorless camera earned a very high score and awarded as gold award from Dpreview experts.

Dpreview has posted a full in-depth review for the Sony A7 III. The entry-level full frame MILC achieves a score of 89% and gets gold award overall. Details are as follows.

Sony A7 III camera is also the new best seller in mirrorless cameras at Amazon, followed by Sony A6000 and Sony A7R III.

Sony A7 III Earned the Gold Award With 89% Overall Score

The detailed review of A7 III includes explanation of the body and design, control and menus, handling, performance and features. They have also covered video and still image quality and lots of  image samples for the mirrorless shooter. See their conclusion below. 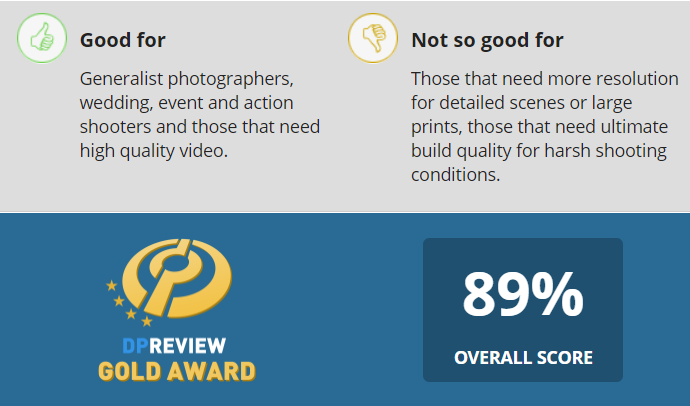 The Sony a7 III is a well-priced, well-rounded camera suitable for all kinds of photography. Twenty-four megapixels of resolution is more than sufficient for most tasks, and the 693-point autofocus system and 10 frames-per-second burst speed help the a7 III keep up with fast action. Video quality and feature set is another strong point, though some operational lag, a slightly low-resolution viewfinder and unintuitive video autofocus may turn off some users.