Nikon is working on the image stabilization system for its future mirrorless or DSLRs? A new Nikon patent describing a completely new kind of IBIS. According to the application, Nikon plans to stabilize only the lens array on top of the sensor.

Sony Mirrorless and Panasonic G series cameras generally uses the X&Y axis and the roll that in camera needs to compensate. And the Pitch and Yaw compensate by camera lenses. This means for 5-axis IS to work in Nikon cameras, they will have to introduce sensor based image stabilization, or a completely new series of Nikkor lens with built-in IS.

This new smart in camera stabilization system could also be for the future nikon full frame mirrorless camera. See the patent details below. 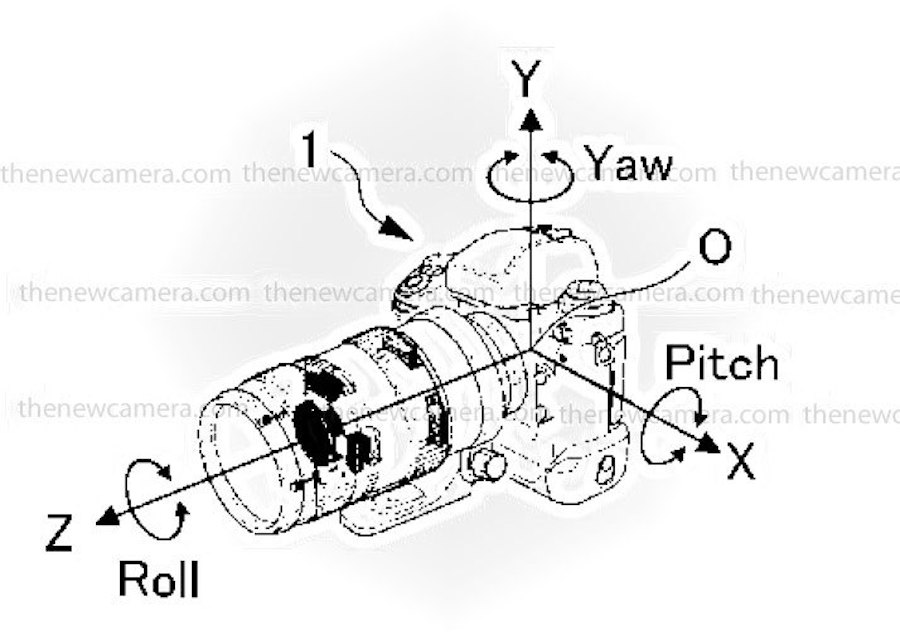 Details are translated from Japanes by machine ,

The present invention relates to a motion compensation device and optical instruments.

To solve this problem, a triaxial acceleration sensor, by using the angular velocity sensor of the three axes calculates the position of the camera, calculating the gravitational acceleration component included in the output of the acceleration sensor, by removing the translational shake component only by calculating, by correcting a technique for improving the shake correction accuracy at the time of high magnification photographing (Patent Document 1) it has been proposed. This is based on the output of the six-axis sensor, and requests the displacement of the parallel shake.