Here is the Fujifilm X-H1 vs X-T2 comparison that shows the highlights of the X-H and X-T series cameras.

Fujifilm has unveiled the X-H1 mirrorless camera with 24.3 megapixel APS-C sized X-Trans CMOS III sensor and X-Processor Pro image processing engine. The Fujifilm X-H1 is the company’s highest performance APS-C model with most video-capable features. It’s based on the X-T2 but adds in-body image stabilization as well as a more comprehensive set of video options.

X-H1 is able to shoot UHD 4K at up to 30p and it can also shoot the wider aspect ratio DCI 4K format at 23.98 and 24p. Enhanced compression options allow capture at up to 200 Mbps and it can also capture F-Log footage internally.

If you’re trying to decide which one to buy as your first camera, check out the differences between the Fujifilm X-H1 vs X-T2 cameras. 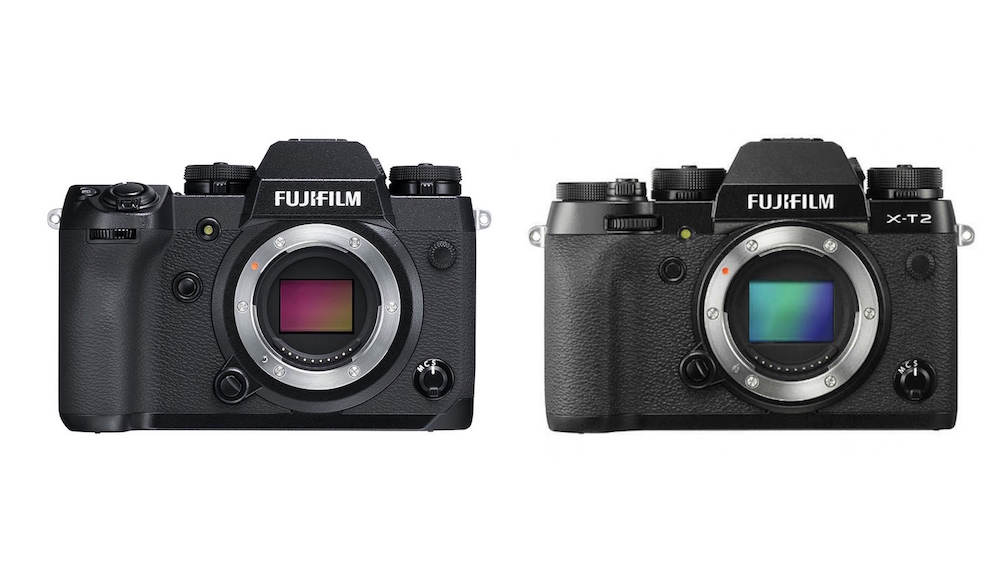 Below you can see the specs comparison table of Fujifilm X-H1 vs X-T2 cameras. Some differences like sensor, image size, shooting speed, lcd size etc.. detailed as bold on the table.