Predictions for the camera and lens that are expected to be announced in 2018 continue to come. According to photographer Tony Northrup’s Youtube channel, the Canon full frame mirrorless camera, which is highly anticipated, to be called EOS M3.

In the video, he share his thoughts and claims that the upcoming Canon M3 full-frame mirrorless camera will use the same sensor of 5D Mark IV which is 30-megapixel in resolution. The sensor will be able to record cropped 4K videos.

The price of the Canon M3 camera is expected to be around $3,500. More details after the break!

Photokina 2018 opens its doors in mid-September and it is the world’s largest digital imaging event. There is a strong possibility and as previous rumors indicates that the Canon full frame mirrorless camera might be announced in this event. 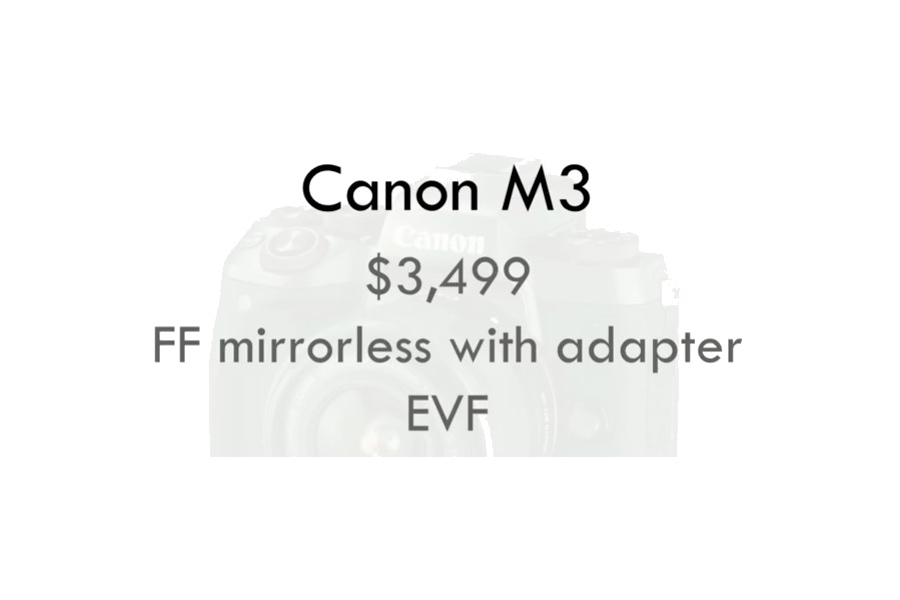 In 2018 predictions video, Tony Northrup expects an adapter probably for EF, EF-S and EF-M lenses. This also means that the company will introduce a brand new lens mount along with its FF MILC. Nevertheless, this EF/EF-S adapter will allow photographers to mount such optics on the mirrorless shooter, if such product were to come on the market.

Remember that these are all predictions from a veteran photographer, so take it with a grain of salt and stay tuned with us for more information.