The series will launch with three memory cards that boast maximum read and write speeds of 530MB/s and 510MB/s, respectively. These G-series cards will be aimed at cinematographers and those shooting high bit-rate video, as well as stills photographers working with high frame rate cameras like the Canon 1DX Mark II. 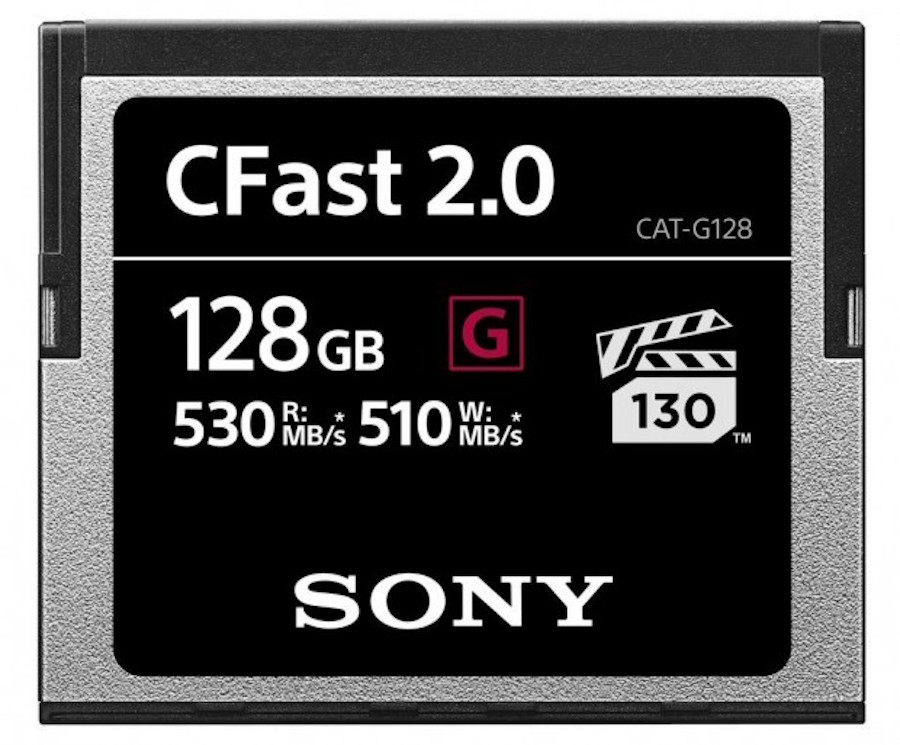 Sony is launching a range of high performance CFast memory cards, which are designed to meet the needs of professional photographers and videographers. The G Series CFast 2.0 memory cards will be available in 32GB (CAT-G32), 64GB (CAT-G64) and 128GB (CAT-G128) capacities, responding to the ever increasing capabilities of high-end DSLR and 4K cinema-grade broadcast cameras. The cards offer lightning-fast write speeds of up to 510MB/s and read speeds of up to 530MB/s and join an established range of media that includes Professional internal SSDs, XQD and SxS cards, as well as the world’s fastest SD card, while strengthening Sony’s position as a leader in professional memory solutions.

Step up to industry-leading write speeds

Designed for strength and reliability

The new CFast cards have passed a variety of stringent drop, vibration, shock and rigidity tests, making them perfect for shooting in many different locations. They work reliably across a wide range of temperatures and are highly resistant to static. With a hard case and Sony File Rescue software, which is available when used with a card reader in a Removable Disk configuration, the cards can recover accidentally deleted photos such as RAW images and videos, allowing professionals to shoot with confidence in the toughest conditions.