Looking for the Fujifilm X-E3 vs Nikon D7500 comparison? Both cameras has APS-c sized image sensor, but let’s see which one is better for the money.

Even the new Fuji X-E3 has more megapixel in sensor resolution to the Nikon D7500, it has a significantly lightweight body that lacks weather-sealing. The Nikon D7500 borrows quite a bit of the tech from Nikon’s top-of-the-range DX-format DSLR, the D500. The DSLR offers a 20.9-megapixel APS-C CMOS sensor.

In our opinion, the X-E3 is quite satisfactory in terms of price performance. Do you think that the X-E3, with the price tag of only $899, offers enough features against the D7500?

Let’s have a brief look at the main features of Fujifilm X-E3 vs Nikon D7500. So what may be the main differences when consider their specs list? Current Fuji users might want to check out the X-E3 vs X-T20 vs X-T2 vs X-E2S – Comparison too.

If you’re trying to decide which one to buy as your first camera, here are the differences of Fujifilm X-E3 vs Nİkon D7500 cameras. Our comparison table below covers all the important specifications of each camera. 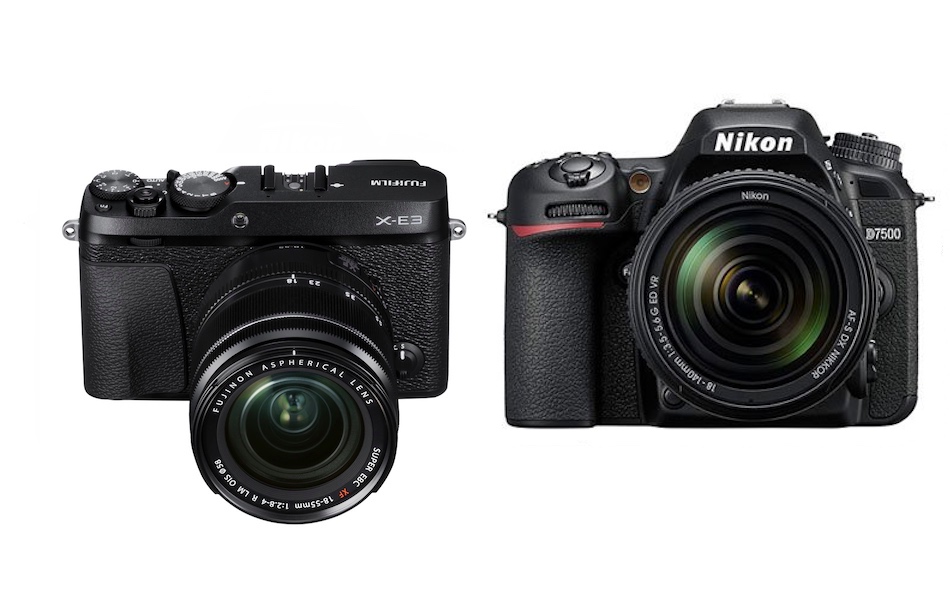