Powered by GoPro’s custom-designed GP1 processor, HERO6 achieves an entirely new level of performance including stunning 4K60 and 1080p240 video and the most advanced video stabilization ever achieved in a GoPro. Other improvements include 3x faster offloading speeds and a new digital zoom feature.

The GoPro Hero6 Black is in stock and shipping from major stores. The US price is $499.00, check out availability at Amazon, B&H Photo Video, Adorama. 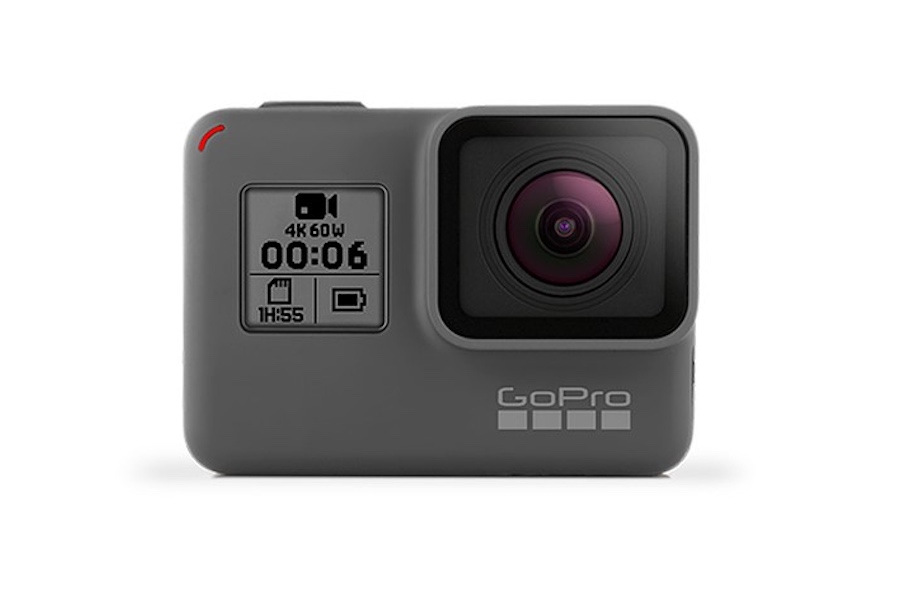 With stunning 4K60 and 1080p240 video packed into a rugged, waterproof, go-anywhere design, HERO6 Black and the GoPro App automatically transform your adventures into cinematic QuikStory videos you can share with the world. HERO6 also has dramatically improved dynamic range and low-light performance to really make things pop, and an added digital zoom just to get crazy.

With its ability to capture immersive 5.2K spherical content, GoPro Fusion marks the beginning of a new creative era. Fusion captures everything around you so you’ll never miss the shot, and gimbal-like stabilization makes it all shockingly smooth. Use the GoPro App to play back and share your footage as VR content or use the app’s OverCapture™ feature to recapture and share your spherical shot as a traditional fixed perspective video.