Check your serial number using Nikon’s website to find out if your camera is affected. Here is the full service advisory text below for more details. 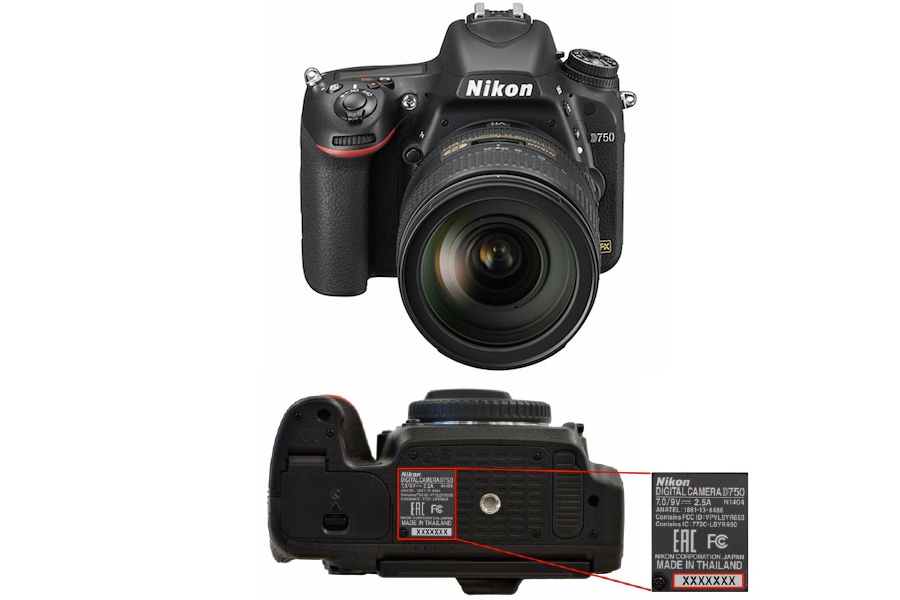 Thank you for choosing Nikon for your photographic needs.

In February of 2016, we announced in an update that the shutter in some Nikon D750 digital SLR cameras manufactured between October 2014 through June 2015 may not function normally, sometimes resulting in a shading of a portion of images. Since that time, we have learned that the same issue may affect D750 cameras manufactured from July 2014 through September 2014 and from July 2015 through September 2016.

For those who have already purchased a D750 and would like to have their camera serviced for this issue, free of charge, Nikon service centers will service cameras as indicated below. We sincerely apologize for any inconvenience this issue may have caused.

To check whether or not your camera may be one of those affected by this issue, click the Check Your Serial Number link below and enter your D750’s serial number as instructed.

The camera’s serial number is the 7-digit number indicated by the red frame in the image above.

We sincerely apologize for any inconvenience this matter may have caused you.

Previous post: Nikon officially confirms that a new mirrorless camera on the way
Next post: Olympus E-M10III rumored to be announced in September