Sony officially announced their new sensor roadmap at CEBit. The image sensor roadmap up to 2018 and the document includes some rather exciting news for medium-format photographers.

According to the information, Sony will announce 100MP 44 x 33mm and 150MP 55 x 41mm medium-format sensors in 2018. Both sensors will be backside-Illuminated. 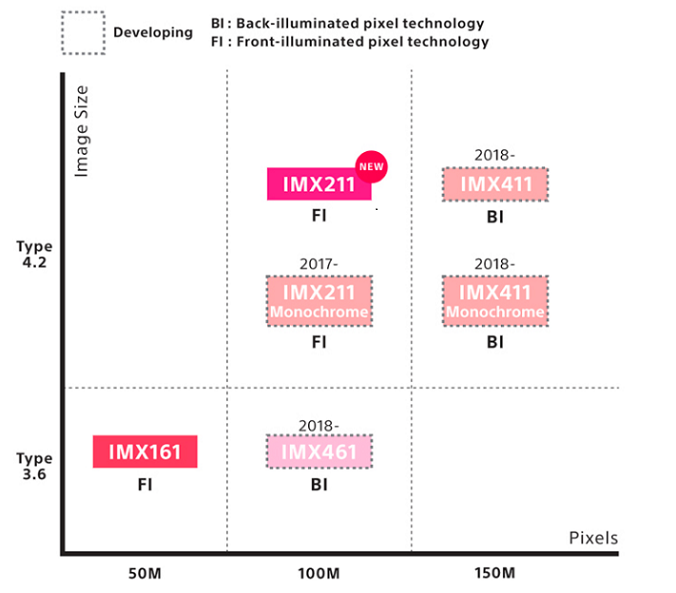 You can watch the full details on that PDF file: http://www.sony-semicon.co.jp/products_en/news/detail/170301.pdf

Sony shows their 100 megapixel front illuminated CMOS image sensor. The Sony imx211 sensor, enables 100MP super high resolution photography. They have enabled in the Phase One XF 100MP camera as well as in the Hasselblad H6D.