The information comes from a Japanese Magazine claiming that a potential Pentax M-E camera is on the horizon. This will not be Pentax’s first mirrorless camera. Ricoh announced the Q-Series mirror model back in 2011.

The original M-E model from Pentax were a classic 35mm camera which was announced back in late 1970. Apparently, Ricoh will re-create this retrospective M-E film camera in the form of APS-sensor to a mirrorless camera. 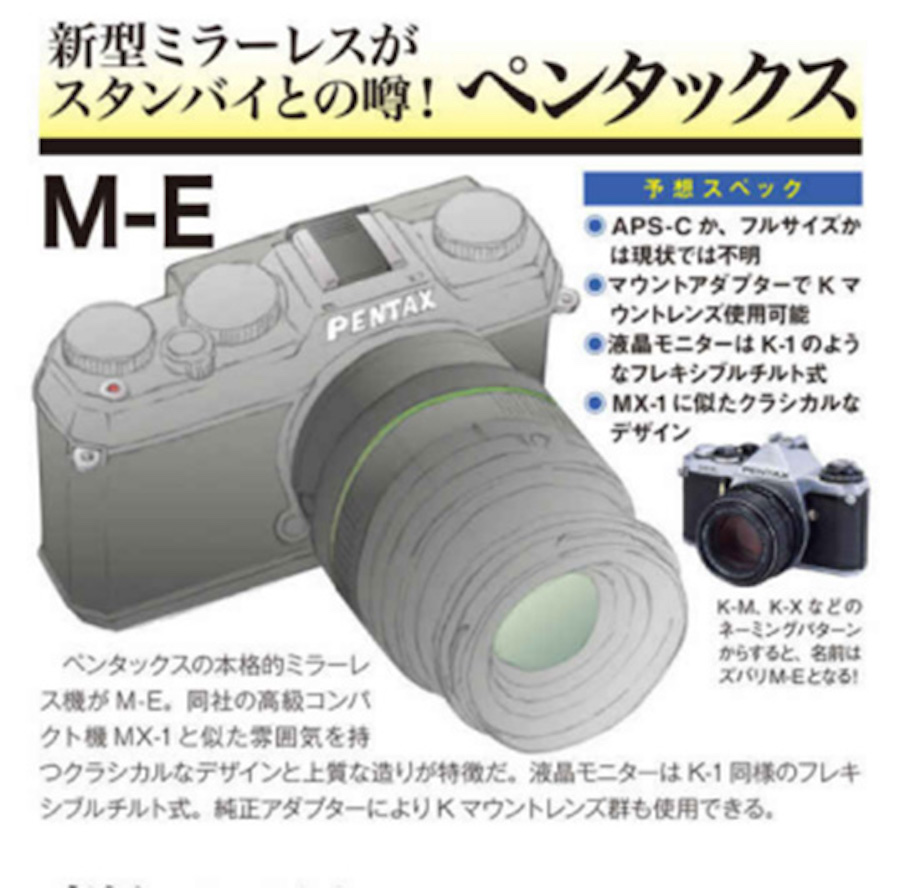 The articles in Japanese magazines on upcoming cameras have not been very accurate in the past. We think that it would be a pretty good move for Pentax.