At Photokina 2016, SanDisk shows off the world’s largest SDXC card with a whopping 1TB of storage. With increasing demand for high resolution content, such as 4K and 8K, the company continues to push the boundaries of technology with solutions that support the exponential growth of data-intensive production demands.

“Showcasing the most advanced imaging technologies is truly exciting for us,” said Dinesh Bahal, vice president, product management, Content Solutions Business Unit, Western Digital. “Sixteen years ago we introduced the first SanDisk 64MB SD™ card and today we are enabling capacities of 1TB. Over the years our goal has remained the same; continue to innovate and set the pace for the imaging industry.

The SanDisk 1TB SD card prototype represents another significant achievement as growth of high-resolution content and capacity-intensive applications such as virtual reality, video surveillance and 360 video, are progressing at astounding rates.” 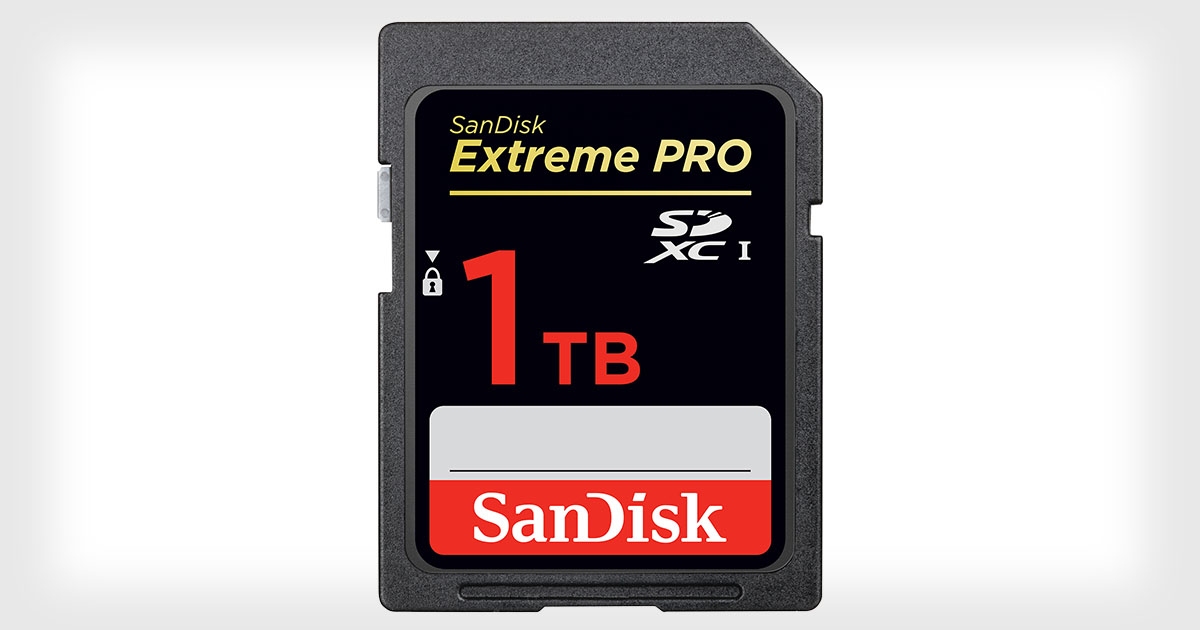 Since the introduction of the record-breaking 512GB SanDisk Extreme PRO® SDXC UHS-I Memory Card at Photokina 2014, Western Digital has proven it can nearly double the capacity in the same SD card form factor using proprietary technology. Higher capacity cards expand the possibilities for professional videographers and photographers, giving them even greater ability to create more of the highest quality content, without the interruption of changing cards.

“Just a few short years ago the idea of a 1TB capacity point in an SD card seemed so futuristic – it’s amazing that we’re now at the point where it’s becoming a reality. With the growing demand for applications like VR, we can certainly use 1TB when we’re out shooting continuous high-quality video. High-capacity cards allow us to capture more without interruption, streamlining our workflow, and eliminating the worry that we may miss a moment because we have to stop to swap out cards,” said Sam Nicholson, CEO of Stargate Studios and member of the American Society of Cinematographers.

Western Digital will be demonstrating the SanDisk 1TB SDXC card prototype and showcasing its newest offerings at Photokina, Hall 02.1 Stand A014.