The Pentax K-70 is a new all-weather digital SLR camera featuring a hinged LCD screen, Hybrid AF system. It comes packed with a 24.24-megapixel CMOS sensor with no anti-aliasing filter, while the PRIME MII image processor allows for 14-bit readout and a maximum ISO of 102,400.

It boasts a dustproof, freezeproof and weather-resistant design, and is the first Pentax DSLR to offer Hybrid AF in live view. The processor and sensor combination also affords a range of continuous shooting capabilities, including a 6 fps shooting rate for up to 40 consecutive JPEGs, 10 raw/DNG frames, or 8 raw+JPEG exposures. 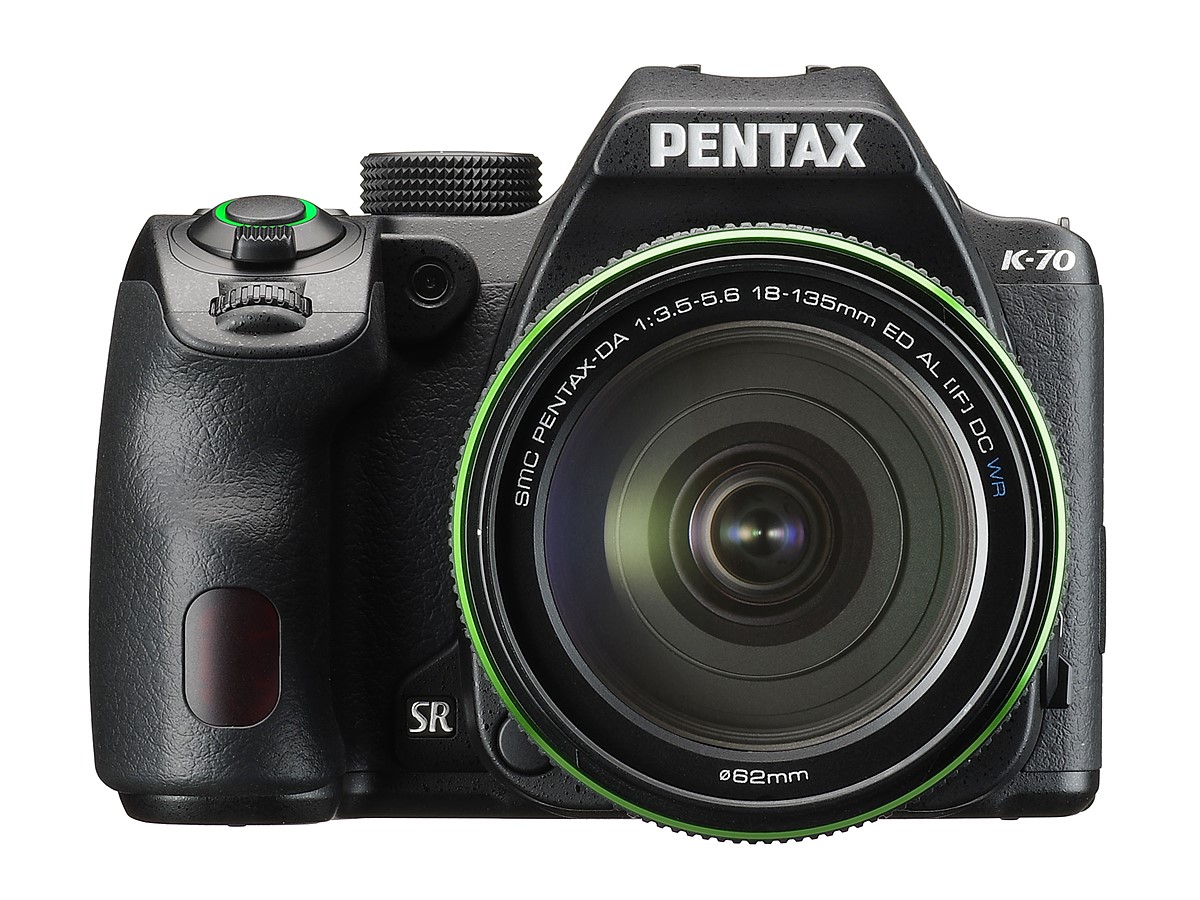 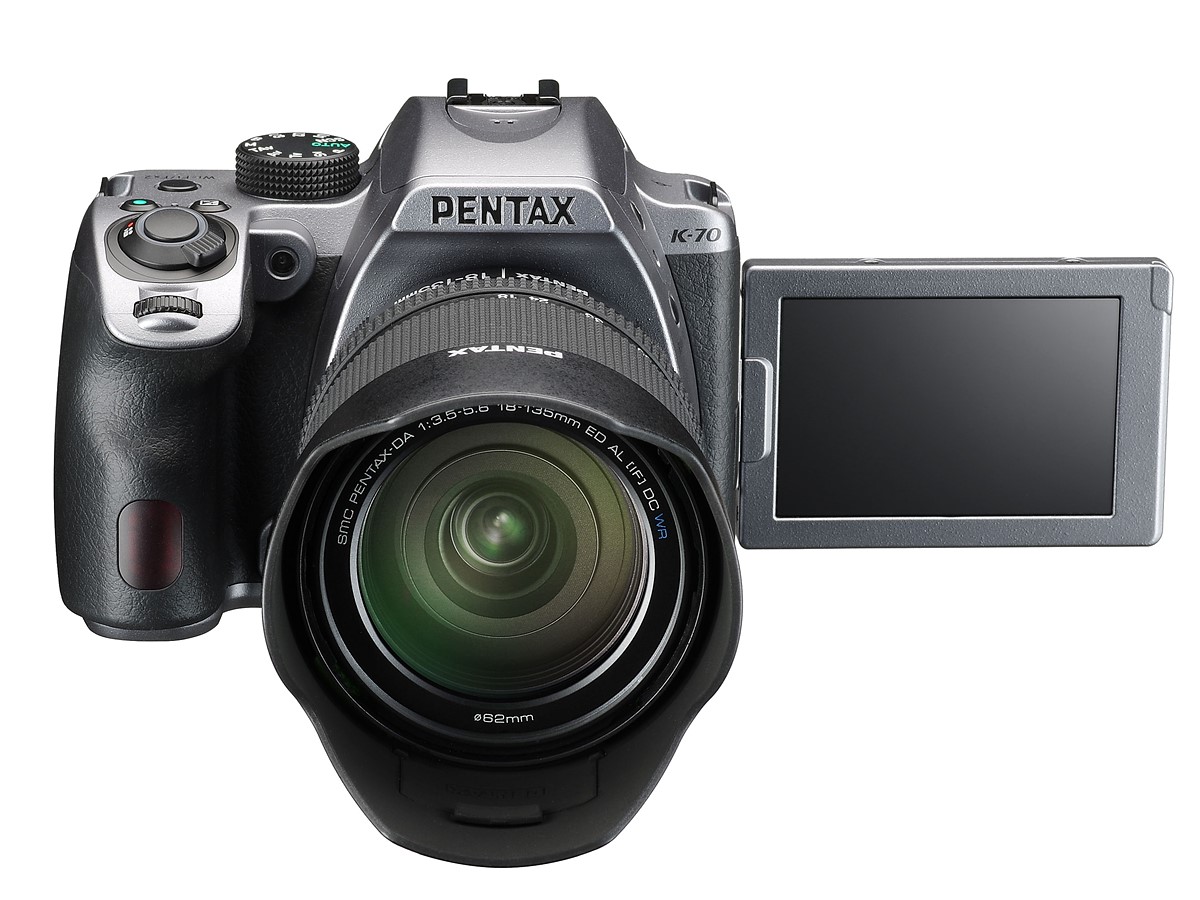 Beyond standard movie recording, an interval timer can also be used for making time-lapse sequences, which can be saved simply as stills or files can be recorded at 4K resolution (3840 x 2160) and compiled into a Motion JPEG file for seamless playback. The interval timer allows you to record up to 2,000 consecutive frames with an interval of 2 seconds to 24 hours between each frame, and a 2 second to 24 hour time delay available. 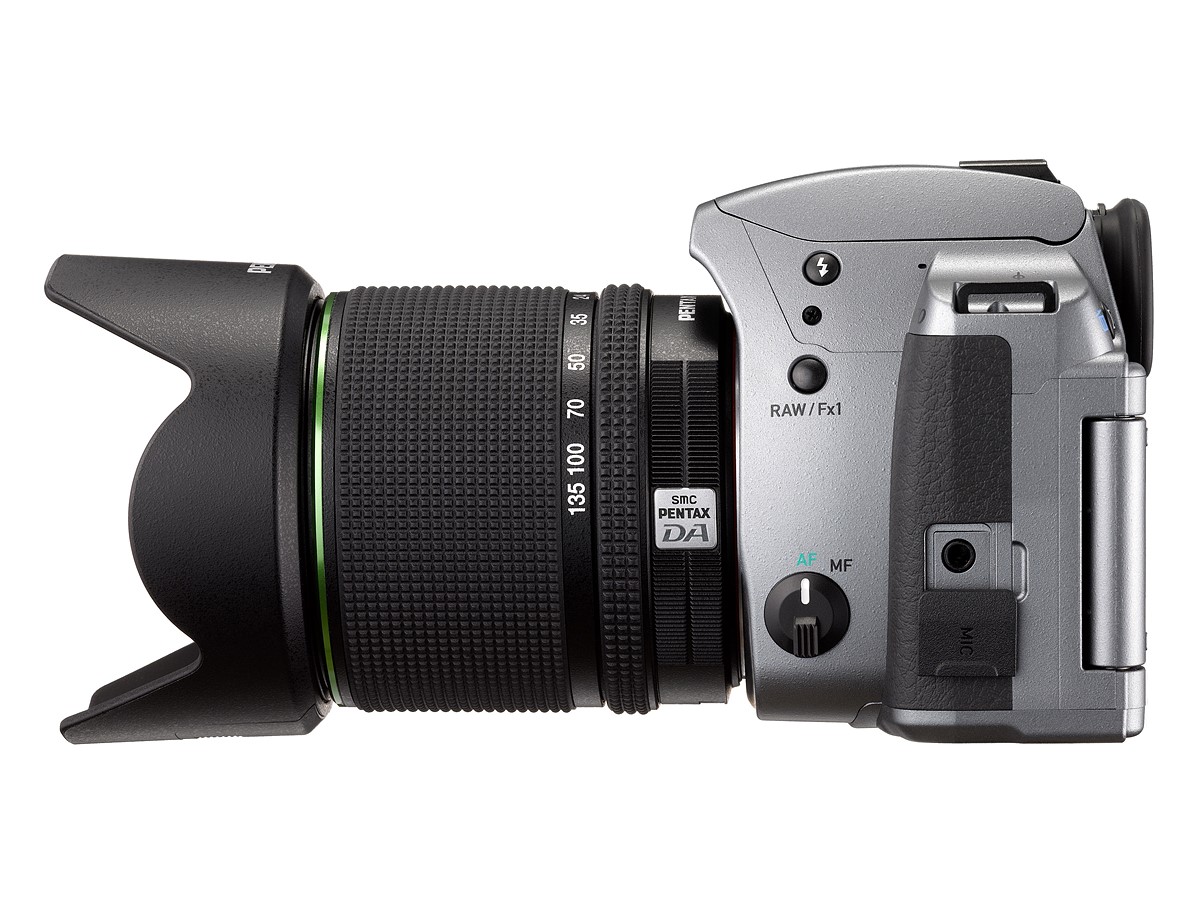 On the back panel, the K-70 provides a 3″ 921k-dot vari-angle LCD where its K-50 predecessor used a fixed monitor. Rounding out the feature set is built-in Wi-Fi. Other highlights include include a newly designed grip, redesigned mode dial and control buttons on the camera’s top and rear panels to ensure exceptional handling and operation. 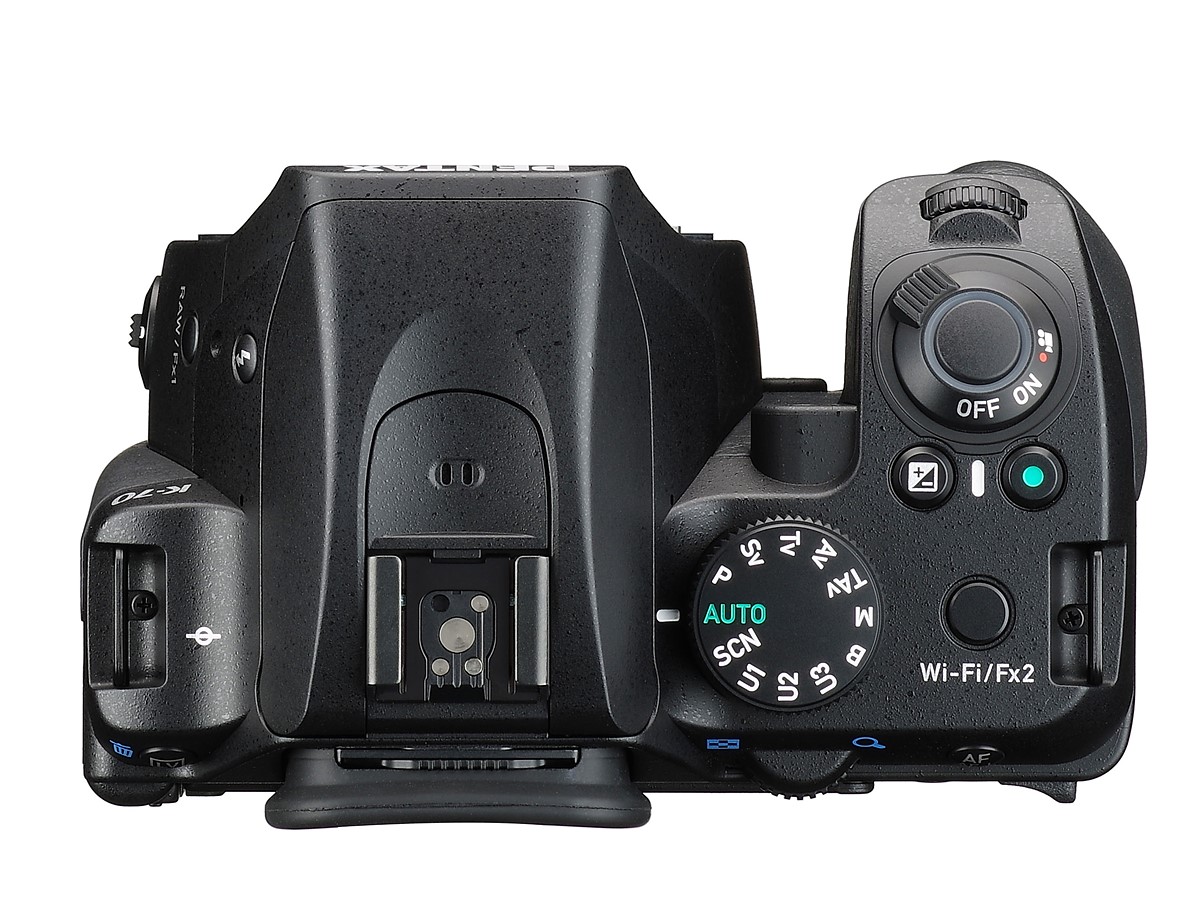