We can say the K-70 digital SLR camera will be come packed with built-in Wi-Fi as usually this kind of registration refers to. This registration also means that the upcoming model could be announced within the 1-2 months period.

So the next Pentax-branded DSLR will be announced soon and be called K-70. It will replace the mid-level K-50 DSLR model. 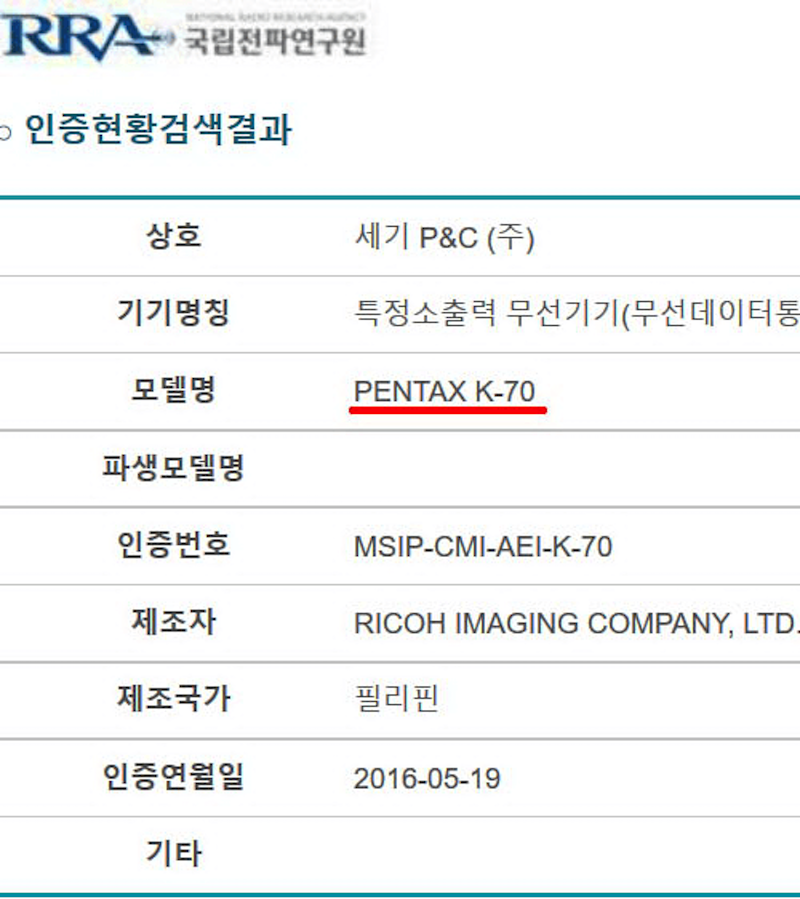 When we look at the core specifications of the K-50, the weathersealed DSLR features a 16.3-megapixel APS-C-sized image sensor with built-in sensor-shift image stabilization technology. The sensor also offers a maximum ISO of 51200.

This excellent key features for a mid-level shooter now will be transferred to Pentax K-70 and we can expect an upgrade to the older model.

While we are approaching to the world biggest digital imaging show, all camera and lens manufacturers are working hard to introduce their newest models. For Photokina 2016 event in September we can count the Pentax K-70 and add it to the list of upcoming cameras.

Ricoh registered the name of the Pentax K-70 DSLR at the Radio Research Agency in South Korea. So we can speculate that the upcoming model will employ built-in WiFi.

Stay tuned with us for more information!