The 6-rotor system has a maximum payload of 6kg, allowing it to carry the full range of DJI’s Zenmuse gimbals, the Ronin MX 3-axis gimbal and the Zenmuse X series cameras. It has actively cooled motors for more reliable flight, and its landing gear is retractable for full 360°, unobstructed imaging.

The M600’s retail price, including the integrated A3 flight controller with Lightbridge 2 and a full set of batteries, is €5,299. 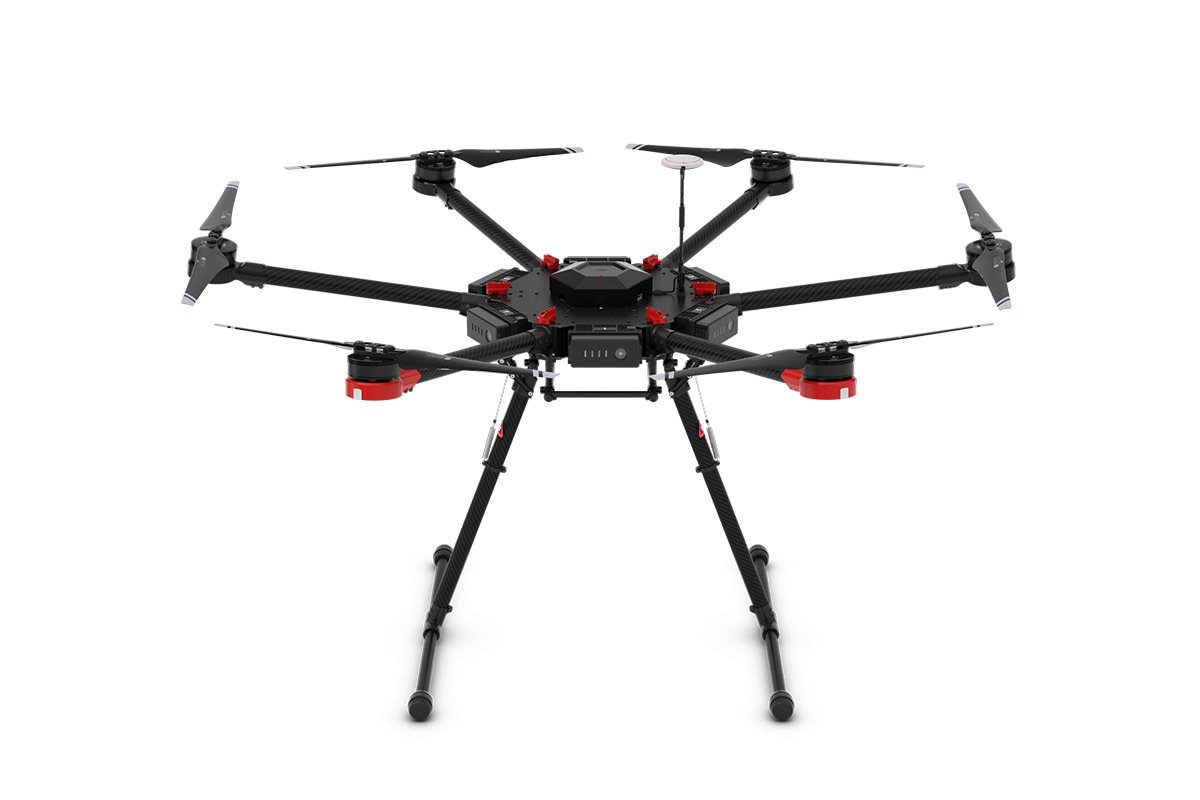 When paired with the new DJI Ronin-MX, the M600 offers best-in-class three-axis aerial video stabilization. The latest in the Ronin line is also the most-versatile, working both on the ground and in the air with minimal setup.

The Ronin-MX works perfectly with the M600, as a fully integrated system that includes the A3 flight controller, Lightbridge 2 transmission system and gimbal in the air. It’s the first universal aerial gimbal DJI has made that communicates with the onboard DJI flight controller.

It’s fully compatible with a rich selection of DJI accessories for long-distance focus and aperture control and features remote start/stop controls and video transmission. The Ronin-MX is built for convenient, handheld use, but it also has multiple operation modes, including underslung, upright and briefcase. Apart from the M600, it’s also compatible with video cranes.

“For film directors, the M600 is a game-changer. There are other options out there, but none that integrate a top-class flight controller, video-transmission system like Lightbridge 2 and support for a wide range of cameras and gimbals,” said DJI Executive Creative Director Sheldon Schwartz. “If you go with the new Ronin-MX on the M600, you’ll be surprised at how easy it is to get unparalleled stability and cinematic-quality shots.”

The Ronin-MX has a built-in, independent IMU module, a Bluetooth module and a 2.4GHz receiver. It operates through the DJI GO app and has settings for SmoothTrack and gimbal-tuning for various cameras, including some of the RED series, DSLRs and other professional camera. It also operates in multiple modes, including aerial and car mount.

The Ronin-MX is powered by a 4S Ronin-M battery. Third-party cameras mounted on the Ronin MX can be powered by an optional onboard DJI battery.

The Ronin MX is compatible with a wide range of cameras from Arri, Black Magic, Canon, Panasonic, RED, Sony and Nikon. Its maximum load weight is around 4.5 kilograms.

The Ronin MX retails for 1.799 Euro. Bundled with the M600 and integrated A3 flight controller and Lightbridge 2, it will sell for 6.799 Euro.