Fujifilm XF 120mm f/2.8 R macro lens is rumored to have been delayed and expected to be announced by the end of 2016.

According to latest rumors, Fujifilm will first launch the XF 23mm f/2 lens and it will become available this year at the Photokina 2016 event in September. 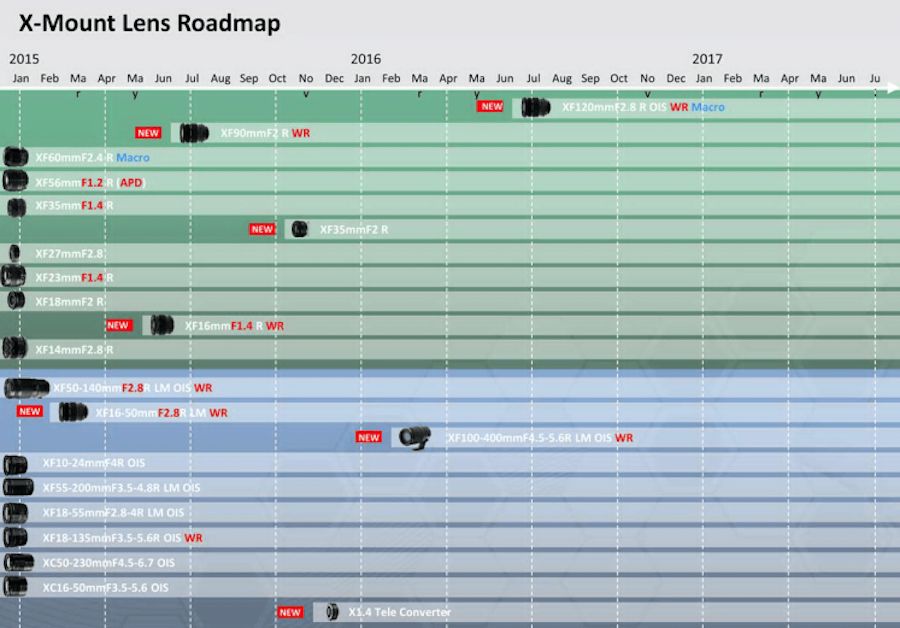 On the other hand Fujifilm is rumored to be working on a XF 23mm f/2 wide-angle prime lens for its X-mount mirrorless cameras. Previous rumors claimed that it is supposed to be a compact and lightweight model, just like the XF 35mm f/2.

As the world’s biggest digital imaging event Photokina approaching, Fuji might have decided to launch the wide-angle prime optic first and give importance to its production. So recent rumors refers to the XF 23mm f/2 lens announcement coming first and probably after the Photokina event by the end of 2016, we may see the XF 120mm f/2.8 R OIS WR telephoto-prime lens.

We have to underline that the XF 33mm and XF 200mm lenses are on Fuji’s unofficial roadmap which means that the company may change their plans for future products. Stay tuned!