DxOMark published their test results for the  Zeiss Loxia 50mm f/2 Planar T Lens for Sony E-mount cameras which is currently priced for $879.95 at Amazon | B&H.

According to DxOMark test, they find the lens has “very high levels of sharpness, and even at the initial aperture, center sharpness is excellent”. 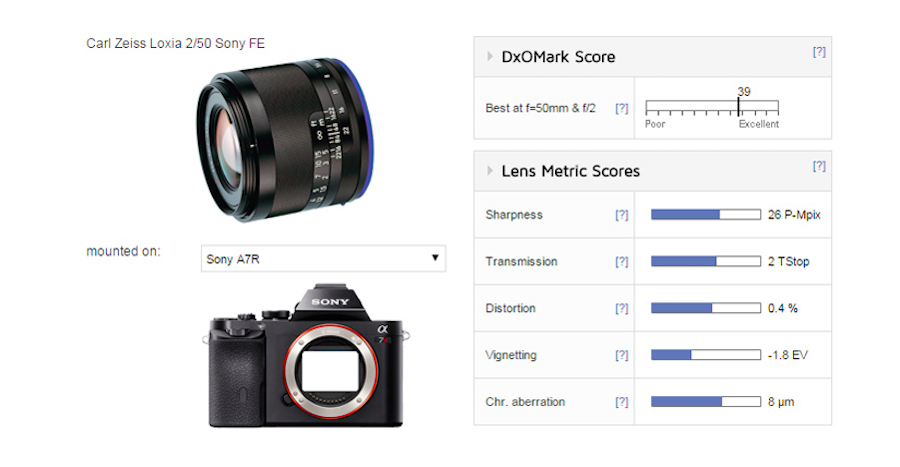 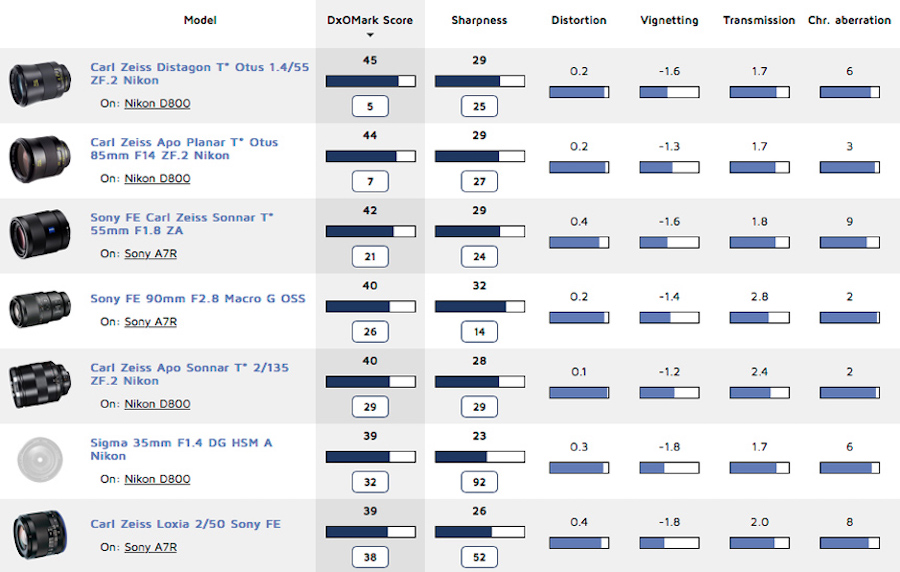 Anyone looking for a small, high-grade 50mm lens for the Sony A7-series cameras will find a lot to like about the Zeiss Loxia. Not only is it relatively small and lightweight compared with other lens options such as the 55mm Otus (which could be used with an adapter), it is a very good performer, not to mention a lot more accessibly priced. It’s still not cheap, of course, and somewhat bizarrely, it competes directly with the similarly-priced Sony-made Zeiss-designed 55mm f/1.8 which not only is a slightly better performer in the outer field, but is an autofocus model, which may appeal to a wider market. Still, the Loxia is a great lens, but choosing between it and the Sony model may come down to whether you prefer manual focus or not.