Nikon has announced the return of the Nikon European Film Festival in association with Raindance and, this year, director Asif Kapadia as Chair of the Jury.

The contest challenges enthusiasts and film professionals alike to create a short film of up to 140 seconds in length around the theme ‘Everyday Moments’. Entries can be submitted online from 13th October until 15th January 2016.

The Grand Prix winner, as selected by the judges, will receive a Nikon D810 and an all-expenses-paid, one week networking trip to the Cannes Film Festival in May 2016 as the special guest of Raindance. Click through / read on for the details. 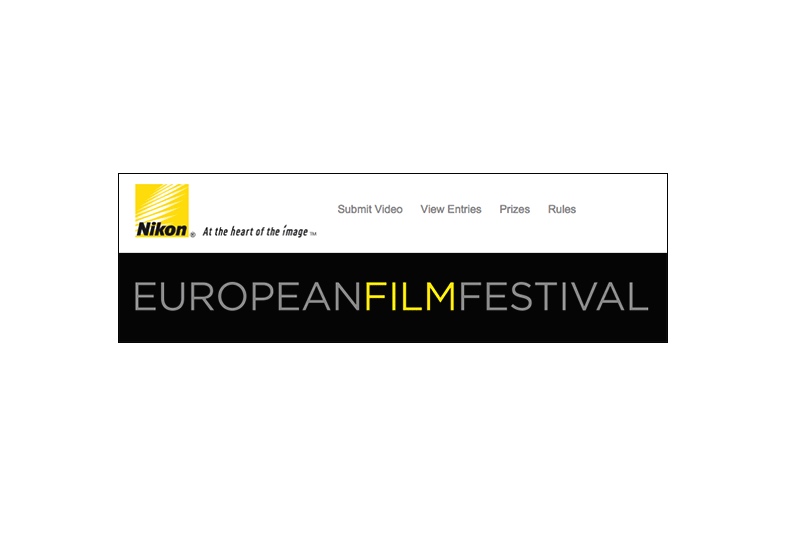 Nikon announces the opening of the 2015 Nikon European Film Festival

Online submissions to be accepted for short film contest which, supported by independent film organisation Raindance and Asif Kapadia, returns for second year

London, UK, 29 September 2015 – Nikon today announces the return of the Nikon European Film Festival, in association with Raindance and, this year, director Asif Kapadia as Chair of the Jury. The contest challenges enthusiasts and film professionals alike to create a short film of up to 140 seconds in length around the theme ‘Everyday Moments’. Entries can be submitted online from 13th October 2015 until 15th January 2016.

Now in its second year, the Nikon European Film Festival builds on last year’s creative theme ‘A Different Perspective’ and asks filmmakers to submit films that turn an everyday moment into an original, compelling narrative. The challenge will be in seeing the ordinary with new eyes and reflecting it in a fresh way. Successful entries will take either the magic or mundanity of daily life and make it memorable on screen.

The competition sees the return of previous award categories, including ‘Best Narrative’, for the best story told from a unique perspective and ‘Technical Excellence’, for the most creative use of kit. The Grand Prix prize, won last year by director Jagjeet Singh for ‘Voiceless – Stop the Bullies’, will be awarded to the entry which is outstanding in both areas. There will also be awards for the ‘Best Student Entry’ and the ‘People’s Choice’, the latter of which is based on individual likes and shares received on the Nikon Film Festival Hub.

All awards will be judged by an expert jury, chaired by Asif Kapadia – the award winning filmmaker behind the recent, critically acclaimed documentary ‘Amy’ (2015) and the BAFTA winning ‘Senna’ (2010). Kapadia has also written and directed numerous short films, including ‘The Sheep Thief’ (1997), which won second prize in the Cinéfondation competition, part of the Cannes Film Festival. In addition, internationally acclaimed photographer and filmmaker Pieter ten Hoopen will join Asif on the jury this year.

Dirk Jasper, Manager, Professional Products at Nikon Europe, said: “We’re delighted to be bringing back the Nikon European Film Festival, once again giving upcoming filmmakers across Europe the opportunity to showcase their creative visions. Last year saw hundreds of great entries and we were hugely impressed with the quality of submissions. Looking forward, we’re excited to learn how entrants respond to the new theme ‘Everyday Moments’. We are positive that this will offer a new range of creative possibilities, challenging entrants to create a unique story from daily occurrences that can be so easily overlooked.”

Asif Kapadia, Chair of the Jury for the Nikon European Film Festival, commented: “With modern technology helping more people realise their filmmaking ambitions than ever before, this is an exciting initiative to be a part of. These kinds of competition are important too, in identifying emerging talent and helping raise their profiles. I started out making short films and continue to make them between features; they are a great way to test out ideas, techniques and working with new collaborators. As Chair of the Jury, I’m particularly keen to see how entrants differentiate themselves and fully showcase their ambition and technical capabilities within the confines of 140 seconds.”

Raindance, the voice of independent film and partner of the Nikon European Film Festival for the second year running, once again brings a wealth of expertise and experience to the competition. Film producer and founder of the Raindance Film Festival, Elliot Grove, comments: “This year’s theme, ‘Everyday Moments’, requires a level of observation native to good storytellers and filmmakers. Look hard enough and there’s magic to be found within the ‘ordinary’. The theme is deliberately simple and straightforward, designed to encourage contestants to create their own stories, in their own style. I’m thrilled to see what’s put forward and to be working with Nikon again; a company that actively encourages filmmakers to create great films and has a rich heritage in the history of imaging.”