First official product image of the upcoming Fujifilm XF 35mm f/2 R lens has been leaked online. The long-waited prime lens for the X-series mirrorless cameras is expected to be announced on October 21.

According to previous Fuji rumors, the XF 35mm f/2 lens will have a price tag of €399 and while the 1.4x Tele-Converter will cost for €499 and the release date of the lens in mid-November.

The FUJINON XF 35mm F2 R WR will be available in November for $399. The FUJINON XF 1.4X TC WR teleconverter will arrive in December at a price of $449.

Fujifilm XF 35mm F2 R WR is available from the camera stores below.

First product image of the XF 35mm F2 lens mounted on a X-T1. 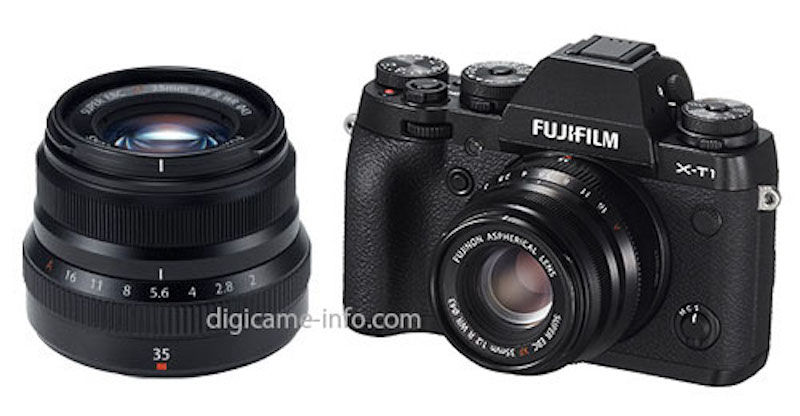 These price tags usually become approximately the same as USD. Around $400 for XF 35mm f/2 and $500 for 1.4x Tele-Converter makes sense for US markets.

If becomes real, the XF 35mm f/2 sure will have a very cheap price overall when even compared to the good XF 27mm F/2.8 model and as expected it will cost less than the current XF 35mm F1.4 R lens.

The 1.4x Teleconverter can be attached to other Fujinon X mount lenses to extend the focal length by 1.4 times.