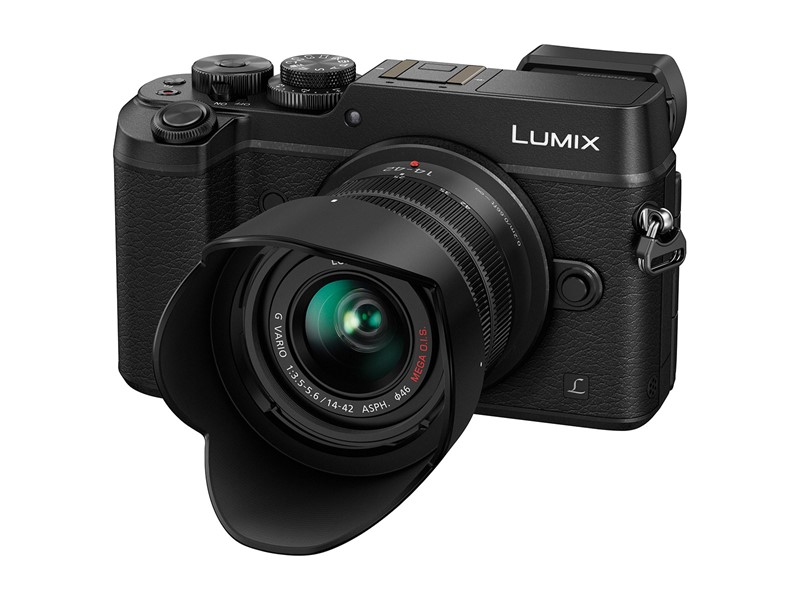 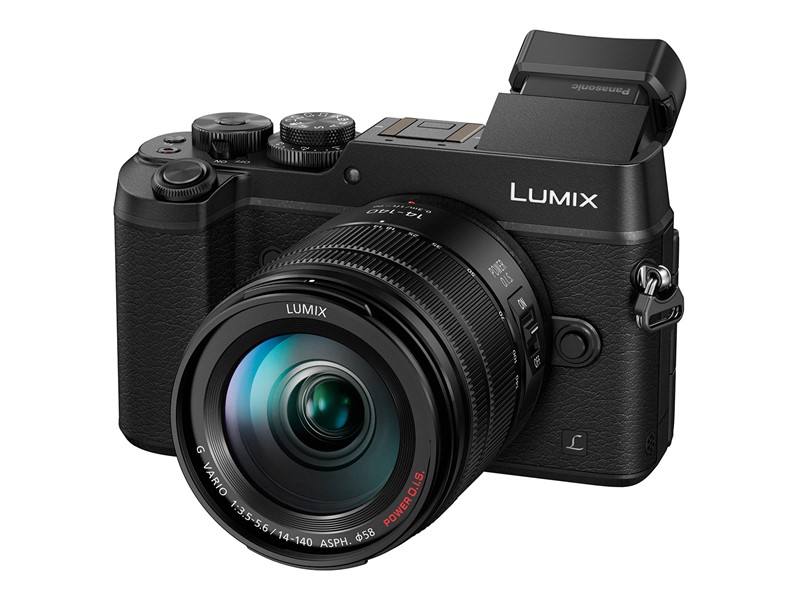 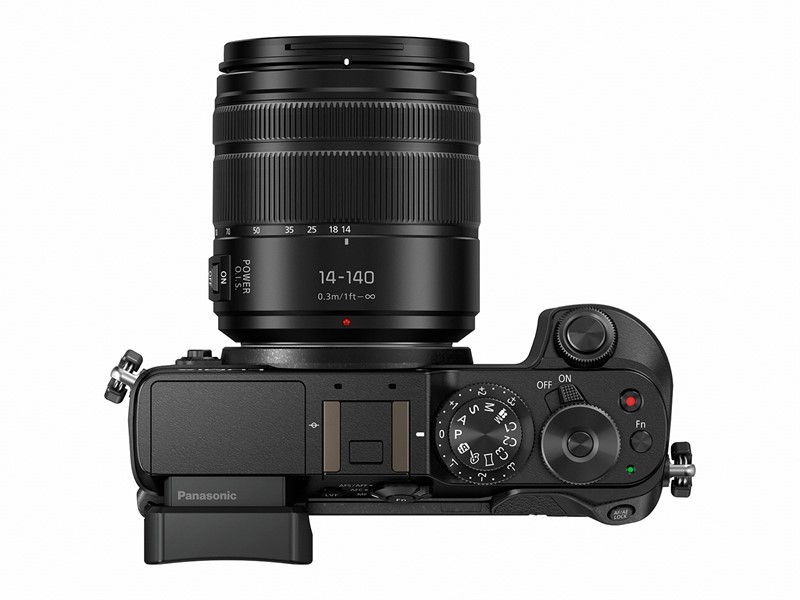 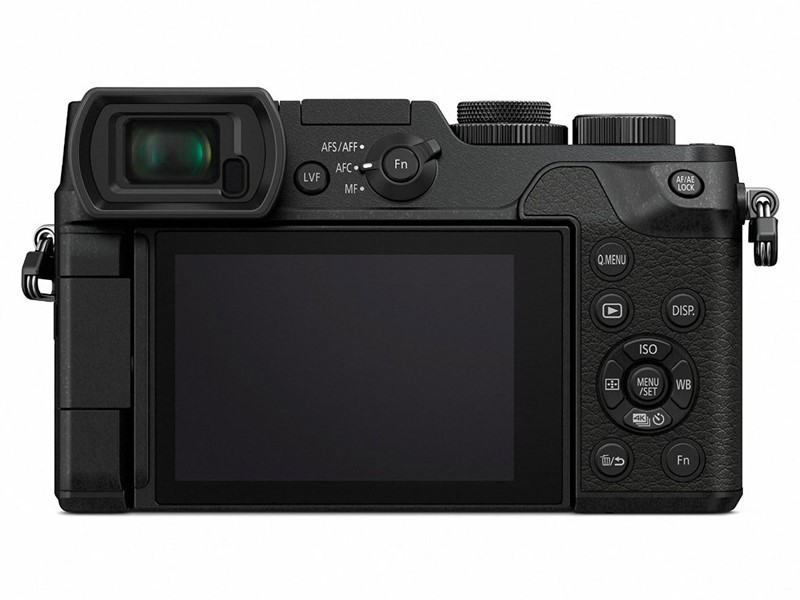 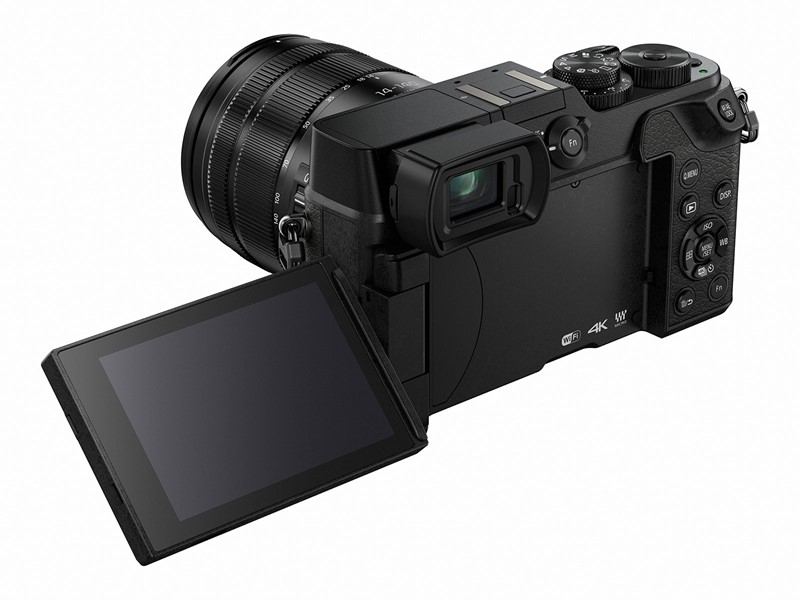 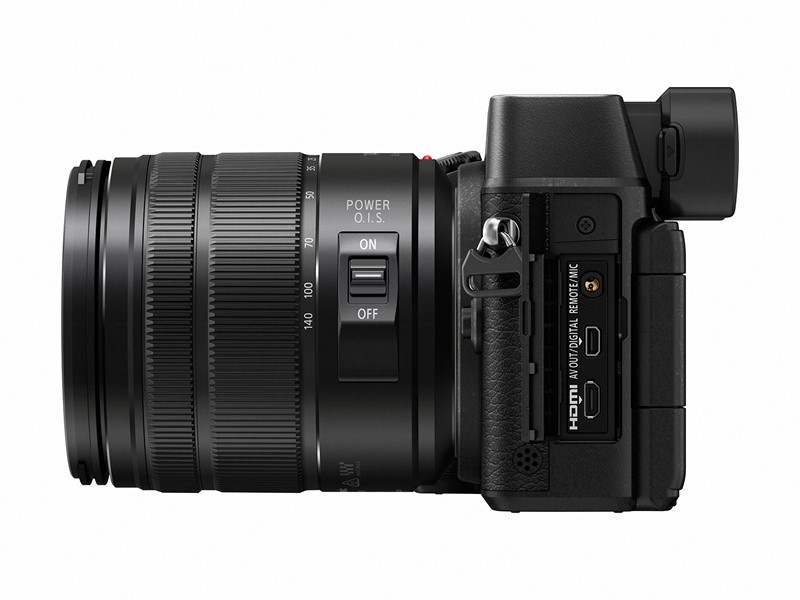 Newark, NJ (July 16, 2015)– Panasonic is proud to introduce the new DMC-GX8 (GX8) Digital Single Lens Mirrorless Camera featuring a host of advanced functions packed in a splash/dust-proof rugged design. The LUMIX GX8 will be available at panasonic.com and photo retailers.

The DMC-GX8 integrates Dual I.S. (Image Stabilizer)1 for the first time in the LUMIX G series to gain powerful vibration correction. The Body I.S. and Lens I.S. can be switched in the LUMIX GX7 but both Body I.S. and Lens I.S. work at the same time to take maximum advantage of both stabilizers not only in wide angle but also with telephoto. Almost any type of vibration can be effectively suppressed with this innovative image stabilization system featuring max.3.5x (wide) / 1.5x (tele)2 wider correction angle. As a result, you can get a clear handheld shots in low-lit situations.

4K is the advanced definition of video imagery that boasts stunning detail. The LUMIX GX8 is capable of recording smooth, high-resolution QFHD 4K video in 3840×2160 at 30p(60Hz) or 24p in MP4. Taking advantage of 4K video recording performance, users can capture the photo opportunities at 30 fps in 8-megapixel equivalent resolution to save it as a 4K Photo. It is easy to get 4K photos with three 4K Photo modes; 4K Burst Shooting, 4K Burst S/S (Start/Stop) and 4K Pre-burst.

The LUMIX GX8 has a large, tilt-able LVF that boasts the highest ever magnification ratio of approx.1.54x / 0.77x (35mm camera equiv.) in the LUMIX G family of digital cameras. It also features 2,360K-dot high resolution and 100% field of view. High-precision, high-speed dual OLED (Organic Light-Emitting Diode) displays are adopted for both LVF and rear monitor, achieving high speed response with minimum time lag of less than 0.01 sec as well as 10,000:1 high contrast. The free-angle 3-inch 1,040K-dot rear monitor supports comfortable shooting even at a vertical angle. For quick, intuitive operation, a range of functions are allocated to the dials and buttons in the most suitable way.

The Contrast AF System features DFD (Depth From Defocus) technology and excels in both speed and accuracy by exchanging the digital signal between the camera and the lens at max. 240 fps, resulting in ultra-fast auto focus of approx. 0.07 sec. A variety of extensive AF functions including Face/Eye Detection AF, Pinpoint AF, One-shot AF and advanced Low Light AF enhance usability for a variety of shooting situations.

Thanks to the connectivity of Wi-Fi® with NFC (Near Field Communication), users can connect the camera to their smartphone and/or tablet to expand the flexibility in shooting/storing/sharing images.

Last but not least, the LUMIX GX8 has a highly durable, rugged design of a magnesium alloy die cast frame and sleek, sophisticated exterior with a grip and finely machined dials. The LUMIX GX8 includes the best possible technologies that will allow both the advanced amateur and the professional shooter to capture their subject perfectly every time.

1. The Dual I.S. (Image Stabilizer)
The LUMIX GX8 integrates Dual I.S. (Image Stabilizer)3 for the first time in LUMIX G series allowing for more powerful vibration correction. Conventional image stabilization in the camera (Body I.S.) and the interchangeable lens (Lens I.S.) can be switched. However, with the new Dual I.S., both Body I.S. and Lens I.S. work at the same time to take advantage of both stabilizers not only in wide angle shooting but also in telephoto. With max.3.5x (wide) / 1.5x (tele)4 wider correction angle, you can get clear handheld images even in low-lit situations where the shutter speed tends to be slower. Panasonic LUMIX G DSLM (Digital Single Lens Mirrorless) Cameras offer a wide variety of digital interchangeable lenses and most of them are able to conform with Dual I.S.

The Venus Engine image processor with quad-core CPU enables high speed signal processing. Optimizing the combination design of the sensor, the imaging engine and the low-pass filter enhances the resolution by approx. 15% in comparison with the LUMIX GX7. The aperture filter is capable of controlling a wider frequency range. It adjusts the amount of sharpness according to the frequency level, resulting in faithful stereoscopic effect. The advanced Multi-process NR (Noise Reduction) applies effective noise reduction and detail processing according to each component frequency. Plus, the newly added Random Filter granulates chromatic noise to be blended into the image more naturally. As a result, the max. ISO 25,600 is achieved. The Venus Engine also improves color reproduction with accurate evaluation of each color even if it is similar not only in color phase but also in saturation and luminosity. In addition, the Venus Engine in the GX8 excels in diffraction compensation to make the resulting image crisp and clear even when photographed with a small aperture.

Taking advantage of 4K video recording performance, users can enjoy “4K Photo” with the LUMIX GX8. With 4K Photo, users can capture fleeting photo opportunities at 30 fps in 8-megapixel equivalent resolution by grabbing a frame out of the 4K burst file to save as a photo. Three exclusive functions are integrated to make the 4K photography even easier; 4K Burst Shooting, 4K Burst S/S (Start/Stop) and 4K Pre-burst. The 4K Burst Shooting allows almost unlimited shooting at 30 fps, which can be used just like regular photo burst shooting. The 4K Burst S/S (Start/Stop) mode starts consecutive shooting with a single press of a shutter button and stops it with the second press, which is more suitable for the shooting opportunities that require a longer waiting time. The 4K Pre-burst automatically records a total of 60 images right before/after the shutter release.

4. Stunning Mobility Supported by Mechanical Advancements
The LUMIX GX8 boasts a large, tiltable LVF that boasts highest ever magnification ratio of approx.1.54x / 0.77x (35mm camera equiv.) in the history of LUMIX G digital cameras. It also features 2,360K-dot high resolution and 100% field of view. High-precision, high-speed dual OLED (Organic Light-Emitting Diode) displays for LVF (Live View Finder) and rear monitor. It also features an eye point of approximately 21 mm, offering high visibility and comfort for users wearing glasses. The tiltable LVF offers extraordinary angle of view with unique shooting style – looking down into the viewfinder to level the camera straight on the subject. Thanks to the newly designed large eyecup, the visibility of LVF is dramatically improved. Adoption of OLED for the LVF and rear monitor achieves high speed response with a minimum time lag of less than 0.01 sec as well as 10,000:1 high contrast which allows users to check white washout or black shadows more precisely.

Adopting a static-type touch control system, the free-angle 3-inch rear monitor with 1040K-dot high resolution features approx.100% field of view. It rotates approx.180-degree and tilts up by approx.250-degree, making it easy to shoot from a high or low angle even in vertical composition.

To be tough enough to withstand even heavy field use, the LUMIX GX8 adopted a rugged design with the main structure composed of magnesium alloy full die cast front/rear frame. It also features splash / dustproof construction thanks to the sealing on every joint, dial, and button.

To further enhance the controllability, the LUMIX GX8 comes with an exposure compensation dial in addition to the front/rear dials, which lets users set -5EV to +5EV. Users can change settings such as aperture and shutter speed with the front/rear dials and can also customize the assignment of functions even on Fn buttons. Furthermore, it is also possible to make a temporary shift of dial functions with Dial Operation Switch. For example, users can adjust white balance with a front dial and set ISO with a rear dial while choosing the shutter speed or seeing the noise effect, which is helpful in the complex lighting situations. Either AFS/AFC/MF can be switched with the dedicated focus lever.

5. The Top Level of AF Performance among Conventional DSLRs and Mirrorless Cameras
The Contrast AF in the LUMIX GX8 achieves higher speed and precision focusing with digital signal communication at max. 240 fps. Furthermore, the DFD (Depth Defocus) technology6 calculates the distance to the subject by evaluating 2 images with different sharpness level while consulting the data of optical characteristics of the current lens. As a result, the LUMIX GX8 achieves ultra-high speed AF of approx.0.07 sec7. This improvement will be noticed more as focal length increases. The speed of burst shooting is dramatically faster than the predecessor LUMIX GX7, boasting high speed burst shooting at 8 fps (AFS) / 6 fps (AFC) to capture fast moving subject perfectly in-focus.  The Low Light AF makes it possible to set focus on the subject more precisely even without AF assist lamp in extremely low-lit situations to -4EV, which is as dark as a moonlit night.  Plus, the LUMIX GX8 integrates Starlight AF which allows users to shoot a star in the sky at night with auto focus. This can be achieved with accurate calculation of contrast values in a smaller AF zone.  The focus detect area is increased from 23 (LUMIX GX7) to 49 points for more flexible composition and together with Custom Multi AF mode users can freely select the blocks to focus out of the 49 in the focusing area. In addition to conventional Face Recognition AF, the LUMIX GX8 newly incorporates Face / Eye Detection AF which automatically sets focus right on the eye of human face. With the Pinpoint AF, users can even magnify the target area to set precise focus. With the new algorithm of AF Tracking, not only the color but also the size and motion vector of the target are recognized, enabling the camera to lock on the subject even more securely. The result is the AF tracking performance of approx.200% or greater which refrains the camera from losing the subject8.

The LUMIX GX8 will available at Panasonic.com and photo retailers mid-August in two versions: all black and silver top with a black bottom.  The price will be $1199.99 and will be body only.

2 LUMIX GX8 with H-FS14140, in comparison with the effect of conventional LUMIX G digital interchangeable lens with O.I.S.

4 LUMIX GX8 with H-FS14140, in comparison with the effect of conventional LUMIX G digital interchangeable lens with O.I.S. Firmware update is required for some lenses.

5 For video recording except for 4K.