Panasonic has announced the Lumix DMC-FZ300, a brand new bridge camera that employs a SLR-like design and weathersealing.

The new Panasonic FZ300 is replacing the FZ200 and offers a 24x optical LEICA DC lens boasting an F2.8 aperture throughout its 25-600mm zoom range, a fast autofocus system, and 4K video recording.

Panasonic FZ300 can also shoot continuous at up to 12 fps (6 fps in C-AF mode). The camera uses a Hybrid O.I.S. system providing 2-axis stabilization for stills shooting and 5-axis IS in video recording (though not in 4K). 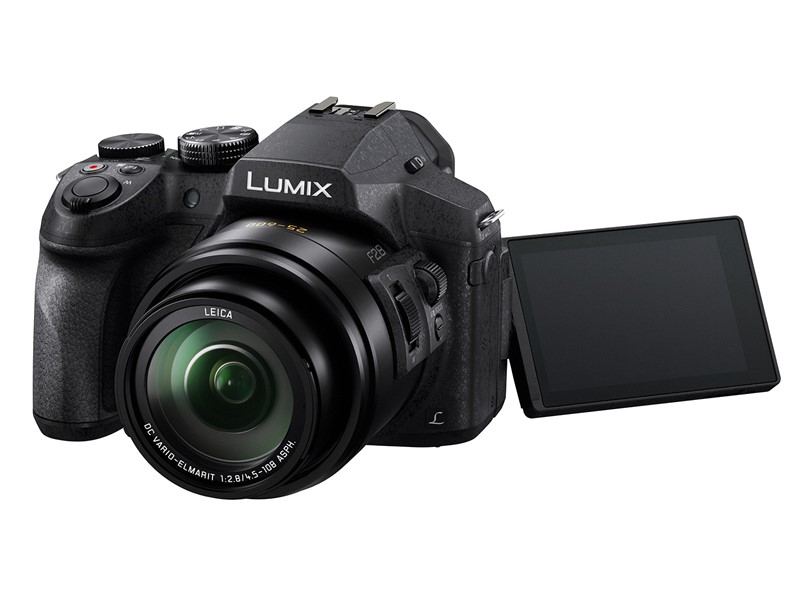 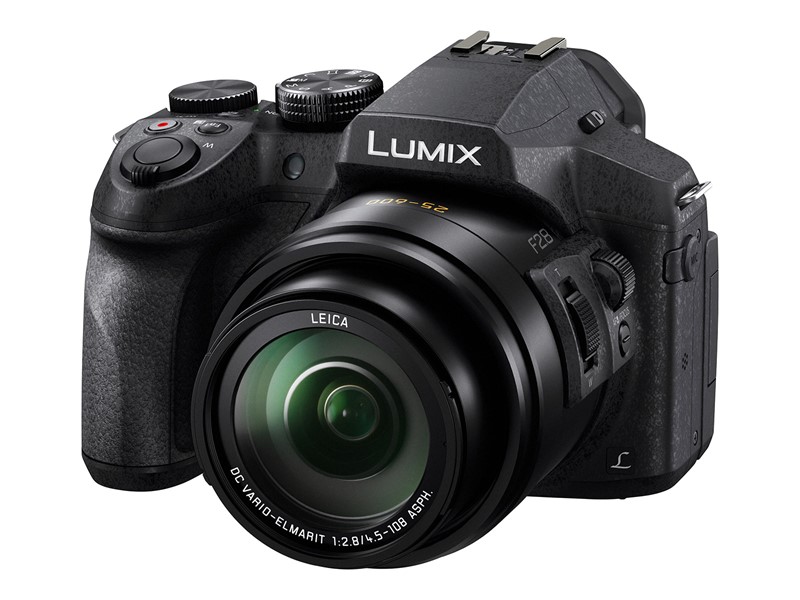 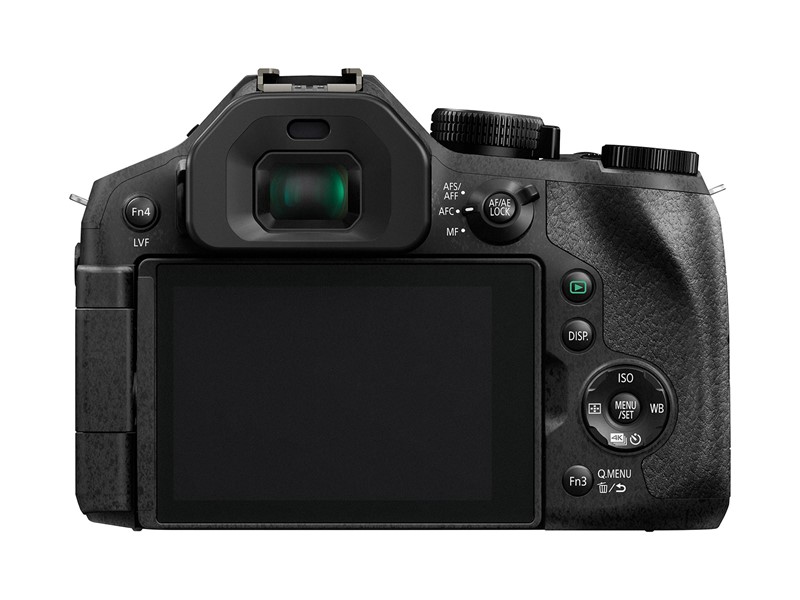 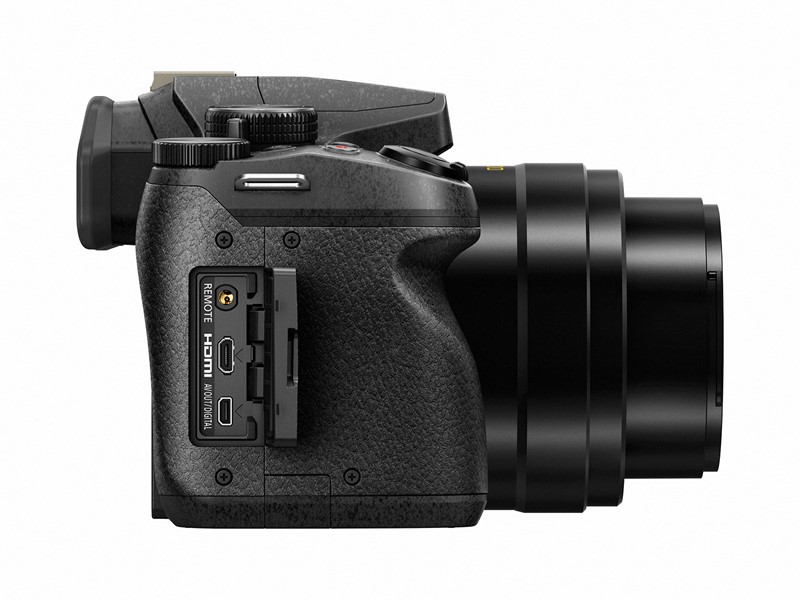 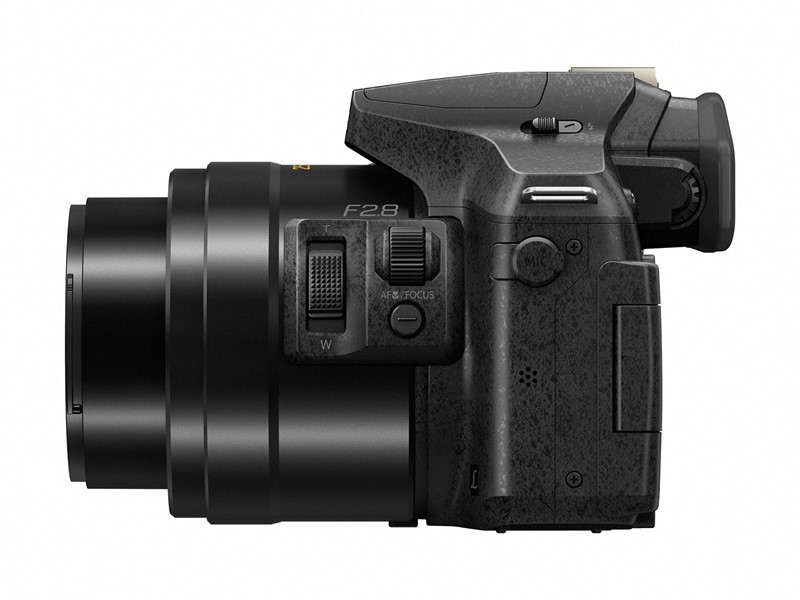 Newark, NJ (July 16, 2015) – Panasonic is proud to introduce a new powerful zoom camera, the LUMIX DMC-FZ300 (FZ300) as the successor to the LUMIX FZ200 (FZ200), which amazed the world with its outstanding lens performance with full range F2.8 aperture (35mm camera equivalent: 25-600mm). Expanding on the innovation of the FZ200, the new LUMIX FZ300 is also capable of 4K ultra high definition which enables 4K Photo and 4K video recording. The LUMIX FZ300 will be available at panasonic.com and valued Panasonic channel partners.

The stunningly fast F2.8 aperture with 600mm which makes it possible to clearly capture moving subjects at a high shutter speed even at a great distance has not been achieved by any digital compact camera except for the LUMIX FZ200.  The splash and dust proof capability make the LUMIX FZ300 the all-around great camera for sports, outdoor and events.

For even faster response and higher mobility, the LUMIX FZ300 integrates the DFD (Depth From Defocus) technology to achieve ultra-high-speed AF of approx. 0.09 sec. It contributes to high speed burst shooting at 12 fps.

With Wi-Fi® connectivity, users can connect the camera to their smartphone / tablet to expand the flexibility in shooting/storing/sharing images.

The LUMIX FZ300 has been developed to be the ultimate hybrid compact camera, integrating outstanding optical performance of 25-600mm F2.8 high speed lens in a splash/dust-proof rugged design.

With Nano Surface Coating technology, light reflection is dramatically minimized by an entire visual light range (380nm-780nm) by applying the extra-low refractive index coating with nano-sized structure on the surface of the lens. It results in super clear images with a dramatic reduction of ghost and flare.

The O.I.S. (Optical Image Stabilizer) effectively suppresses vibration enabling clear, sharp images from wide angle to telephoto.  The combination of a 12.1-megapixel High Sensitivity MOS sensor and the new Venus Engine achieves even higher picture quality. The advanced Multi-process NR (Noise Reduction) feature applies effective noise reduction and detail processing according to each component frequency. Plus, the newly added Random Filter granulates chromatic noise to be blended into the image even more naturally. As a result, ISO 6400 has been achieved. The aperture filter is capable of controlling over a wider frequency range, and adjusts the amount of sharpness according to the frequency level, resulting in faithful stereoscopic effect. The Venus Engine in the LUMIX FZ300 excels in diffraction compensation to make the resulting image crisp and clear even when shot with a small aperture. In addition, the Venus Engine also improves color reproduction with accurate evaluation of each color even if it is similar not only in color phase but also in saturation and luminosity. The combination of the Digital Live MOS Sensor and the Venus Engine achieves stunning picture quality in its natural way – exactly what LUMIX aspires for.

With the LUMIX FZ300 you can take advantage of 4K video recording performance with “4K Photo mode.” Users can capture photo opportunities at 30 frames per second in 8-megapixel equivalent resolution by grabbing and saving the best frame out of the 4K burst file as a photo. Three exclusive functions are integrated to make the 4K photography even easier; 4K Burst Shooting, 4K Burst (Start/Stop) and 4K Pre-burst. The 4K Burst Shooting1 allows consecutive shooting at 30 fps, which can be used just like a photo burst shooting. The 4K Burst (Start/Stop) mode starts consecutive shooting with a single press of a shutter button and stops it with the second press, which is suitable for longer shooting opportunities. The 4K Pre-burst automatically records a total of 60 images right before/after the shutter release. All these functions in 4K Photo mode enable saving pictures in 8-megapixel equivalent high resolution; 3584×2684(4:3), 3800×2534(3:2), 4000×2248(16:9), 2928×2928(1:1) without missing that special moment.

The powerful 24x optical zoom with smooth 2-step zoom and 5-Axis HYBRID O.I.S.+(Optical Image Stabilizer Plus)2 are available in video recording, too. The 5-Axis correction compensates for the vibration occurring in virtually any direction.

3. Rugged Design and Better Control
To be tough enough to withstand even heavy field use, the LUMIX FZ300 adopts splash / dustproof rugged design passing the stringent test quality standard of DSLM (Digital Single Lens Mirrorless) flagship cameras despite its structure with a range of moving parts.

The LUMIX FZ300 integrates a large, bright 1,440K-dot OLED (Organic Light-Emitting Diode) LVF (Live View Finder) with approx.100% field of view in 4:3 aspect. It boasts 0.7x magnification and astonishingly high contrast at 10,000:1. Suppressing both blown highlights and blocked shadows, the LVF in the LUMIX FZ300 assures outstanding viewability under any circumstances. The image output between the LVF and the rear monitor is switched automatically with the eye sensor on the LVF.

Adopting a static-type touch control system, the 3-inch free-angle rear monitor features approx.100% field of view. The touch-control system immediately lets users set focus on the subject simply by touching the screen and releasing the shutter. It is free and easy to enlarge the target point with fingertips to set precise focus. Thanks to the increased resolution up to approx.1040K-dot and improved color reproduction, the LUMIX FZ300 secures higher visibility even in sunny conditions.  To further enhance the controllability, the LUMIX FZ300 has a side dial in addition to the rear dial. Users can change settings such as aperture, shutter speed with the side /rear dials and can also customize the assignment of functions as well on the Fn buttons. Furthermore, it is also possible to make a temporary shift of dial functions with Dial Operation Switch.

4. High Speed Response and Stunning AF Performance
For even faster response and higher mobility, the LUMIX FZ300 integrates a dedicated linear motor into the focusing system to achieve ultra-high-speed AF. In addition, the Light Speed AF is further enhanced with an adoption of DFD (Depth From Defocus) technology3 which shortens the time to set focus. It calculates the distance to the subject by evaluating 2 images with different sharpness level at 240 fps high signal exchange speed. As a result, the LUMIX FZ300 achieves ultra high speed AF of approx. 0.09 sec4, which is approx. 350% faster than LUMIX FZ200. This improvement is more beneficial as focal length increases. The LUMIX FZ300 boasts high speed burst shooting at 12 fps (AFS) / 6 fps (AFC) to capture a fast moving subject just in-focus. The LUMIX FZ300 is capable of releasing the mechanical shutter at max.1/4,000 sec (at 25mm wide end) and 1/3,200 sec (at 600mm tele end) and even at 1/16,000 with electronic shutter, which reduces washouts even under strong sunlight.

The LUMIX FZ300 also comes with new focusing options. The Full Area AF allows setting focus on any part of the approx.100% field of view. The Pinpoint AF helps focusing on tiny area by magnifying the part that can be watched with a frame-in-frame window. With the Low Light AF, AF works in -3EV low-lit situations which is as dark as the moonlight sky with no other light source. For more practical control over focusing, the LUMIX FZ300 incorporates Focus Peaking function that shows the focus position in MF and AF+MF mode. Users can see the peaking of focus while monitoring the subject in live view. In addition to the conventional Face Recognition AF, the LUMIX FZ300 incorporates Eye Detection AF which automatically sets focus right on the eye of human face. The Eye Sensor AF starts focusing by just looking into the LVF. Tracking AF is also advanced in the point of tracking accuracy by estimating the subject’s movement.

The FZ300 will be available mid-October in black for $599.99 at panasonic.com and valued Panasonic channel partners.

1 Max. 29 min 59 sec.
2 5-Axixs compensation does not work with 4K video recording.
3 Works for photo shooting only.
4 Based on the CIPA standard, when using Live View Finder.