However, the EOS 5DS and EOS 5DS R ranks 21st place and 22ndplace, respectively for all sensors in the database.That is well behind the latest Nikon and Sony full-frame sensors, such as the Nikon D810 with 97 points and Sony A7r with 95 points. 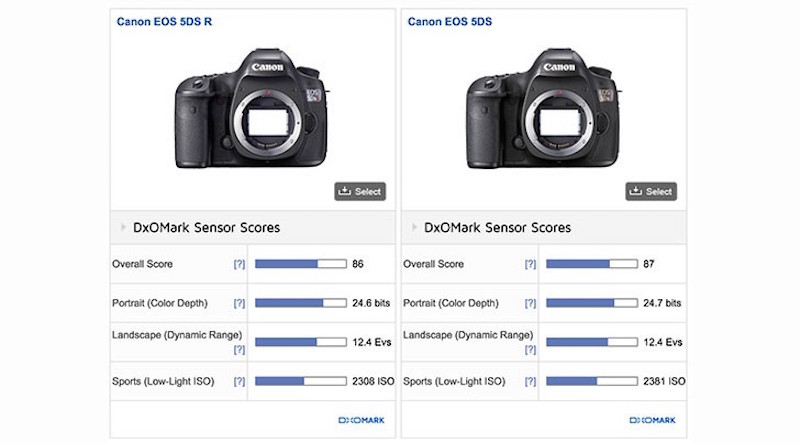 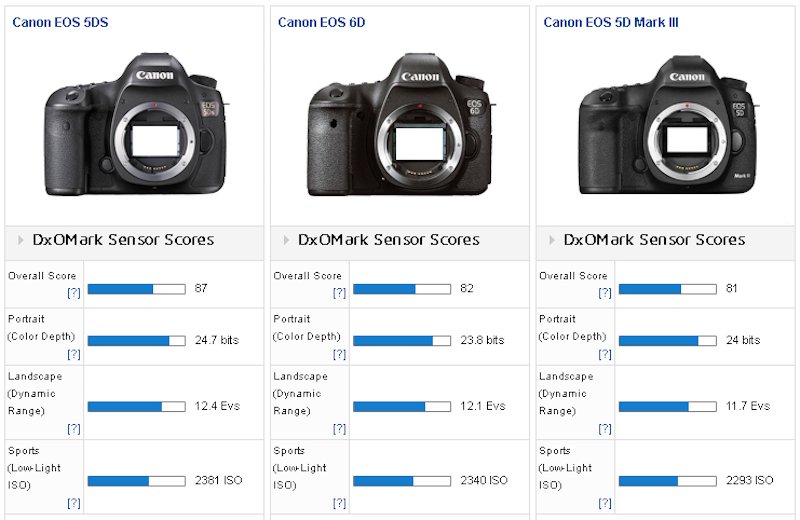 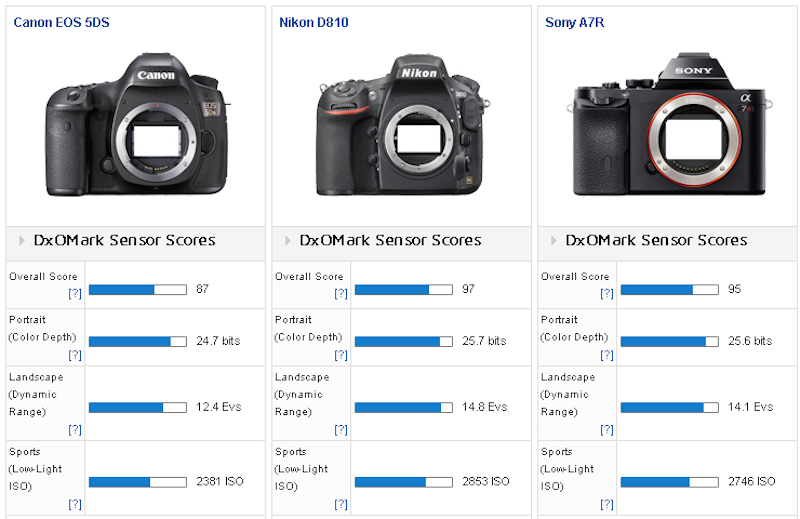 Boasting an unprecedented 50.6Mp resolution, the EOS 5DS and 5DS R offer a unique DSLR shooting solution. What’s more, our industry standard tests have shown these are the best sensor results yet for a Canon chip, with the 5DS cameras offering a small step up for image quality against other full-frame semi-pro models such as the EOS 6D and EOS 5D Mark III. Our measurements show that there’s very little difference between the 5DS and 5DS R sensors, but we’ve seen both models post better scores in print results compared to those on screen