According to the Sony documents leaked by Wikileaks, Sony will soon be announcing new cameras in the A7r, A6000, and RX lines.

So far we know that the Company will announce three new cameras during the late Spring period. So we can expect several Sony announcements from now till the end of May 2015. 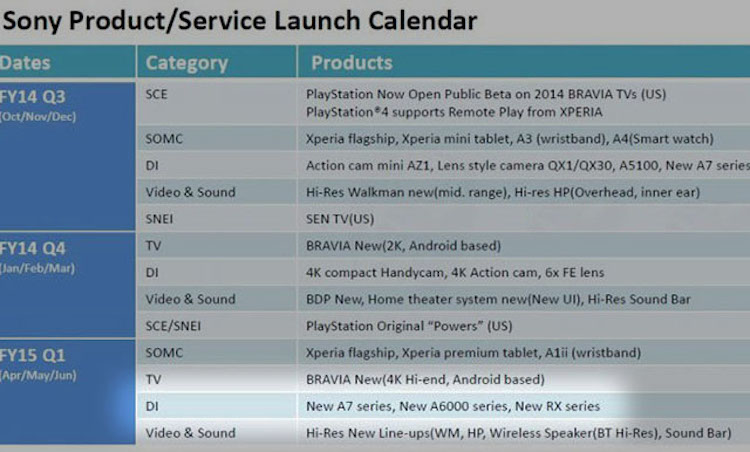 According to latest Sony rumors, the Mark IV version of the RX100 compact camera will feature a Micro Four Thirds image sensor just like its competitor Panasonic LX100.

Sony A6000 successor previously mentioned several times as the A7000 E-mount shooter. But the popular APS-c mirrorless camera might have the A6100 name and follow the A5000 series path. We can expect IBIS and advanced video recording for the upcoming model.

The Sony A7RII is said to come pack with the on-sensor 5-axis image stabilization system, which we first see on the A7II and silent shutter mode same as the A7s model.