Ricoh has launched the Pentax K-3 II semi-pro DSLR camera following in the footsteps of the award-winning Pentax K-3. 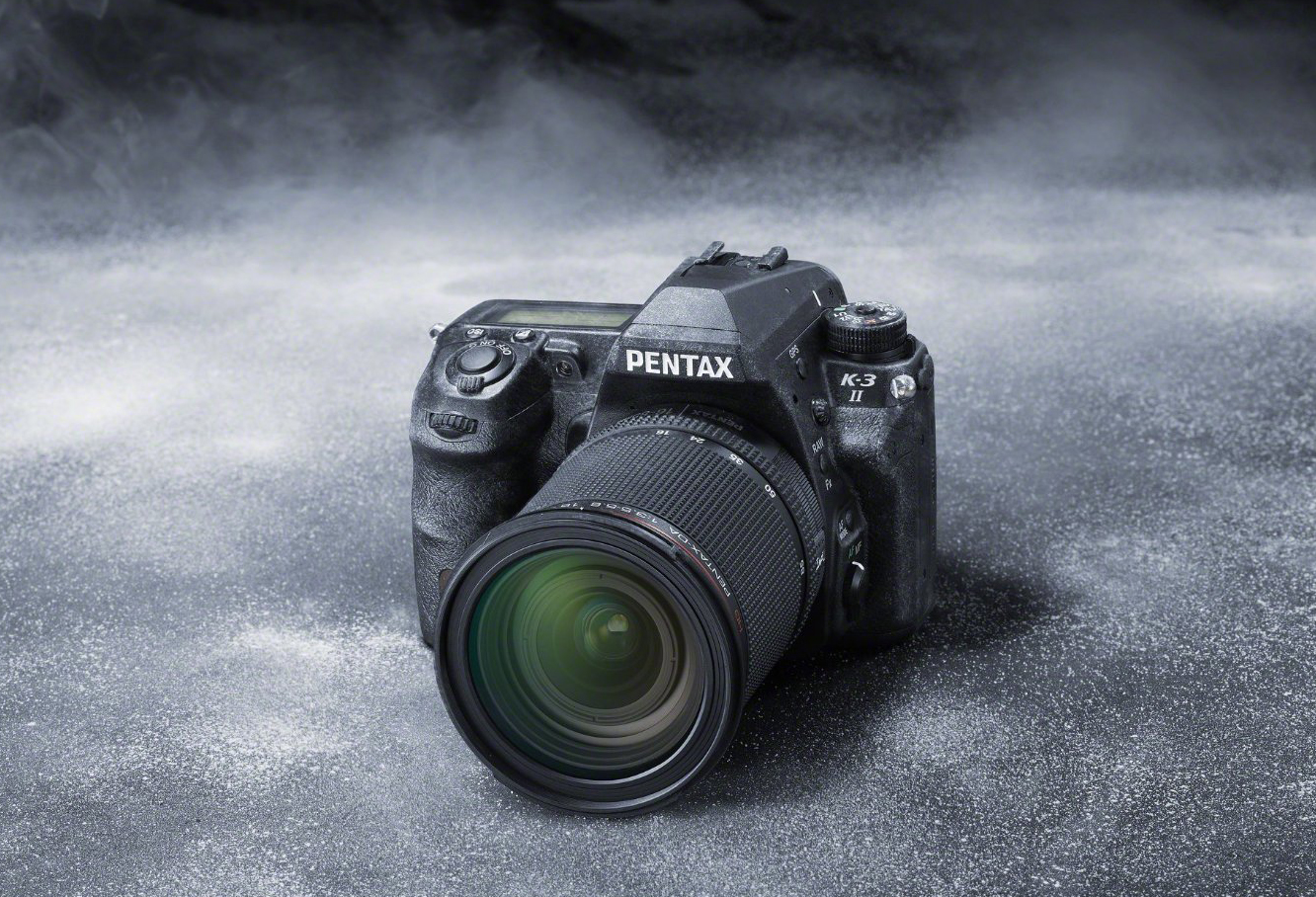 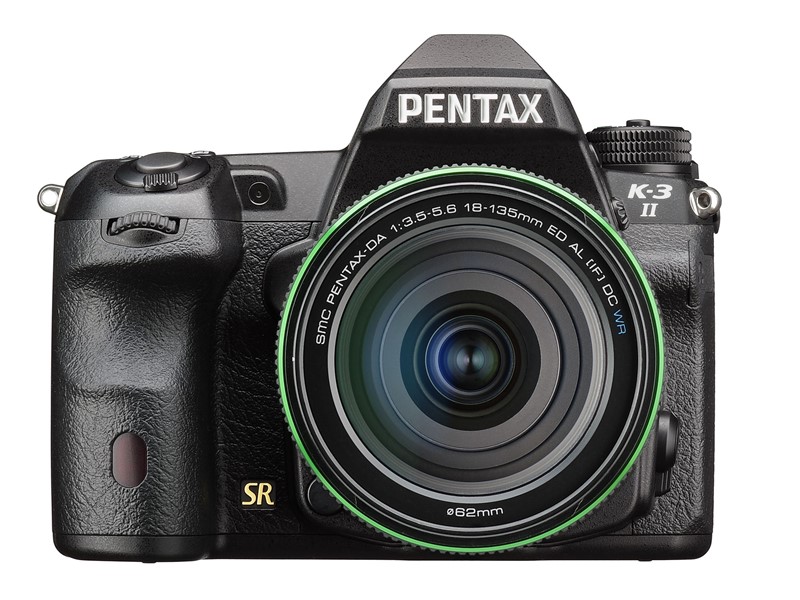 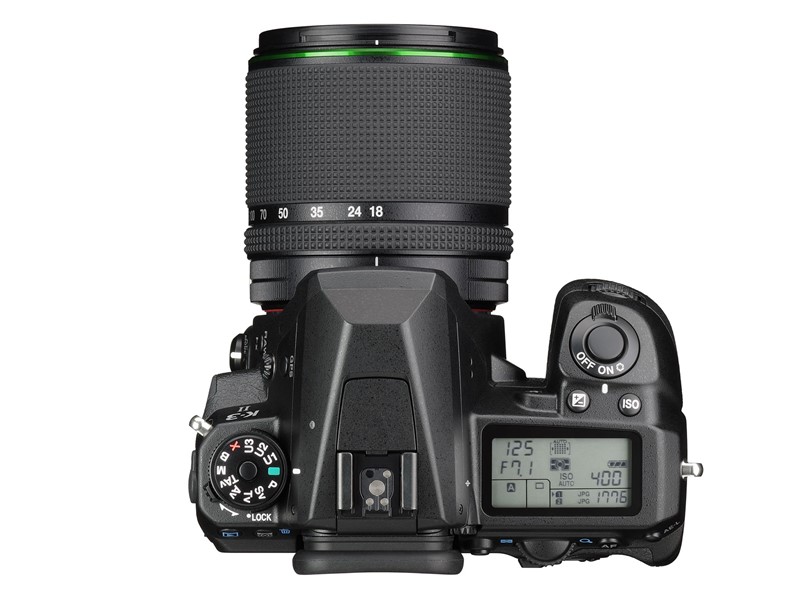 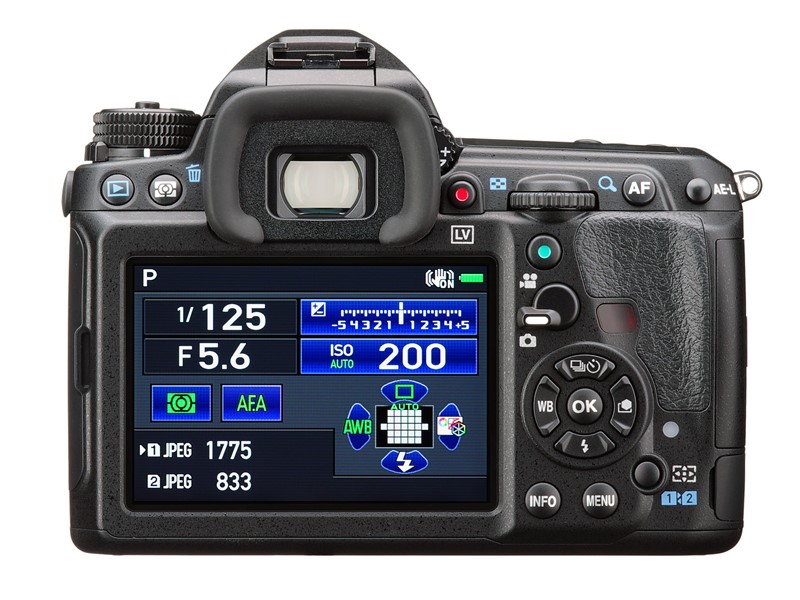 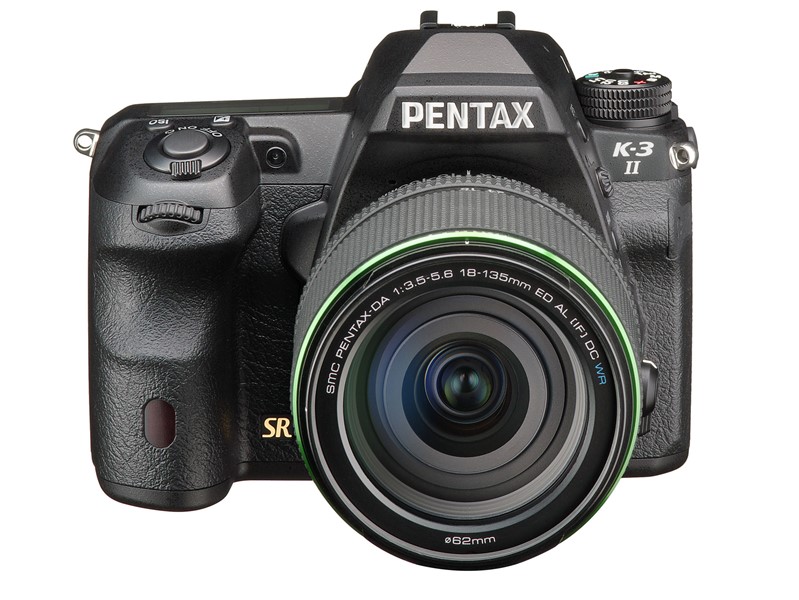 “The introduction of the PENTAX K-3 II marks our commitment to providing photographers with rugged high quality solutions that exceed our customers’ expectations,” said Jim Malcolm, President of Ricoh Imaging Americas Corporation. The “magic’’ we add to our cameras through the motion-controlled Shake Reduction (SR) technology helps our photographers shoot for the stars and capture images in stunning detail; no other manufacturer is offering such a variety of features in a single camera design.”

Building on the PENTAX K-3 camera’s rugged dust proof and weather-resistant construction, the K-3 II features a built-in GPS receiver, GPS log and electronic compass purpose- designed to stand up to demanding location work. The GPS system records shooting location, camera orientation, altitude, and provides a date/time stamp tied specifically to your images; all of which can be transferred to a computer and mapped using services such as Google Earth™.

By combining the power of GPS positioning with in-body shake reduction mechanism, the PENTAX K-3 II cameras exclusive built in ASTROTRACER® features tracks and photographs astronomical bodies such as stars and planets. The system uses GPS and orientation location data together with magnetic and acceleration sensors to calculate the motion needed to synchronize the CMOS sensor with the movement of the stars; making it possible to capture stars as points of light rather than star trails during long exposures.

“The original PENTAX K-3 has been my go to camera since it was first introduced,” said professional photographer Kerrick James.  “Now with the addition of GPS, Pixel Shift Resolution, and 4.5EV stop shake reduction, my field photography is further refined and documented regardless of my remote location. This ensures my demanding shooting style will always be met and will provide my clients with consistently high quality photography.”

The new PENTAX K-3 II uses the advanced and intuitive user interface common to most PENTAX camera products. The system is compatible with a host of accessories including a versatile array of flash units, lenses, battery grip and interchangeable focus screens.

The PENTAX K-3 II will be available at retailers nationwide and at www.us.ricoh-imaging.com in May 2015 for a suggested retail price of $1099.95.

The K-3 II combines an APS-C-size CMOS image sensor free of an anti-aliasing filter with the high-performance PRIME III imaging engine — identical to the one installed in the PENTAX 645Z medium-format digital SLR camera — to optimize the imaging power of approximately 24.35 effective megapixels and deliver sharp, fine-gradation images. It also effectively minimizes annoying noise generated at higher sensitivities, allowing high-grade, high-sensitivity shooting even at the top sensitivity of ISO 51200.

The K-3 II comes equipped with a PENTAX-developed SR (Shake Reduction) mechanism that can be used with any compatible PENTAX interchangeable lens.* Thanks to its new, high-precision gyro sensor, this mechanism assures more stable, effective camera-shake compensation than ever before, with an extra-wide compensation range of as much as 4.5 shutter steps — the widest of all K-series digital SLR models. Even when taking a panning shot, this efficiently controls the SR unit to always produce the best image possible under the given conditions.

The K-3 II features Pixel Shift Resolution System,** the latest super-resolution technology, which captures four images of the same scene by shifting the image sensor by a single pixel for each image, then synthesizes them into a single composite image. Compared to the conventional Bayer system, in which each pixel has only a single unit of color data, this new system obtains all color data in each pixel. This innovative system delivers super-high-resolution images with far more truthful color reproduction and much finer details, while significantly lowering the level of high-sensitivity noise. Recorded images can also be synthesized, either on a computer using the accompanying utility software, or with the camera’s in-body RAW-data development function.

By applying microscopic vibrations to the image sensor unit at the sub-pixel level during image exposure, the K-3 II’s AA (anti-aliasing) filter simulator*** provides the same level of moiré reduction as an optical AA filter. Unlike an optical filter, which always creates the identical result, this innovative simulator lets the user not only switch the anti-aliasing filter effect on and off, but also to adjust the level of the effect. This means that the ideal effect can be set for a particular scene or subject.

The K-3 II’s SR unit has a flexible design that tilts the image sensor unit in all directions. This is one reason why the K-3 II can provide a host of handy shooting functions, including auto level compensation; image-composition fine-adjustment; and ASTROTRACER, which simplifies advanced astronomical photography.

** When using this system, the user is advised to stabilize the camera firmly on a tripod. When a moving subject is captured in the camera’s image field, its image may not be reproduced clearly, either in part or as a whole.

*** This function works most effectively with a shutter speed of 1/1000 second or slower. This function may not be combined with some shooting modes, including the Pixel Shift Resolution system.

The K-3 II features the sophisticated SAFOX 11 AF sensor module with an expanded image-field coverage using 27 AF sensors (25 cross-type sensors positioned in the middle). The center sensor and the two sensors just above and below it are designed to detect the light flux of an F2.8 lens, making it easy to obtain pinpoint focus on a subject when using a large-aperture lens. Thanks to the combination of a state-of-the-art AF algorithm and the advanced PENTAX Real-Time Scene Analysis System, this AF system assures much improved AF tracking performance in the AF Continuous mode, while providing an extra-wide measurable luminance range (–3EV to +18EV).

The K-3 II is equipped with the advanced PENTAX Real-Time Scene Analysis System, which is supported by an approximately 86,000-pixel RGB metering sensor. This system is designed to optimize the camera’s overall performance, not only by controlling exposure with great accuracy, but also by utilizing the data obtained by the light-metering sensor to further enhance the accuracy of autofocusing and white-balance adjustment. It has also expanded the measurable luminance level to as low as –3EV. By detecting the type of scene or subject using the RGB metering sensor, the K-3 II selects the exposure settings that are more consistent with the photographer’s creative intentions.

5. High-speed continuous shooting with a top speed of approximately 8.3 images per second

The K-3 II continuously records as many as 23 images in the RAW format, or 60 images in the JPEG format,**** in a single sequence. This has been made possible through the use of several innovative developments, including: a high-speed, highly accurate control mechanism that regulates the shutter, mirror and diaphragm independently; a damper mechanism that effectively minimizes mirror shock; and a high-speed data transmission system incorporated in the PRIME III imaging engine.

The K-3 II’s glass prism has been treated with a coating that is designed to improve reflectance for a much brighter viewfinder image. With a magnification of approximately 0.95 times, its viewfinder provides a broad, bright image field for easy focusing and framing.

7. Full HD movie recording with an array of creative tools

The K-3 II captures Full HD movie clips (1920 x 1080 pixels; 60i/30p frame rate) in the H.264 recording format. It also comes equipped with a stereo mic terminal for external microphone connection and a headphone terminal. The user can even adjust the audio recording level manually and monitor sound pressure levels during microphone recording. In addition to a host of distinctive visual effects available for movie recording,***** the K-3 II also provides the interval movie mode, which captures a series of 4K-resolution movie clips at a fixed interval

***** When special image processing is required, the frame rate may vary depending on the selected special-effect mode.

Thanks to its built-in GPS module, the K-3 II provides a variety of advanced GPS functions, including the recording of location, latitude, longitude, altitude and UTC (Universal Time Coordinated) and direction at the time of shooting. The user can easily access images containing GPS data using a computer, to browse them, check on shooting locations and position data on the screen, or save them.  The user can also take advantage of some unique tools, including: GPS log, which keeps track of the photographer’s movement; Electronic Compass, which displays the camera’s direction on the camera’s LCD monitor; and ASTROTRACER, which simplifies the tracing and photographing of celestial bodies by coupling GPS data with the camera’s SR mechanism.

On its back panel, the K-3 II features a 3.2-inch high-resolution LCD monitor with approximately 103,700 dots and a 3:2 aspect ratio. In addition to its wide-view design, this monitor also has a protective tempered-glass front panel for added durability, and a unique air-gapless construction in which the air space between LCD layers is eliminated to effectively reduce the reflection and dispersion of light for improved visibility during outdoor shooting.

The K-3 II’s exterior casing, consisting of top and bottom panels and front and back frames, is made of sturdy yet lightweight magnesium alloy. Thanks to the inclusion of 92 sealing parts in the body, it boasts a dustproof, weather-resistant and cold-resistant construction, assuring solid operation at temperatures as low as –10°C. It also features a dependable, durable shutter unit that withstands 200,000 shutter releases. Despite all these features, the K-3 II has been designed to be compact and maneuverable, assuring remarkable operability and swift response in the field.